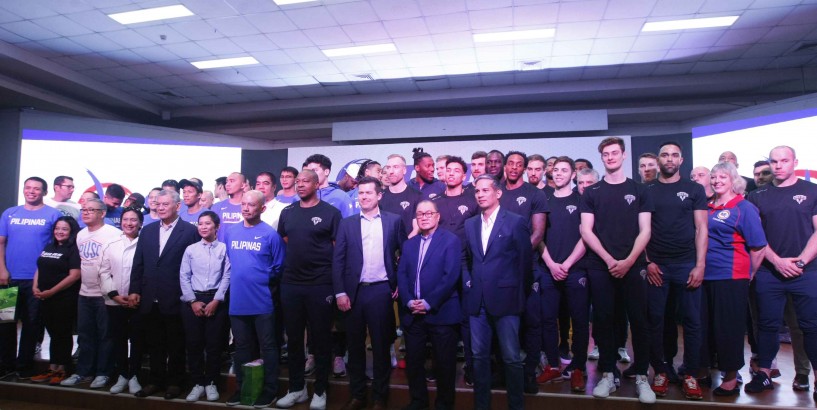 Coach Yeng Guiao believes the tune-up matches on Friday and Sunday at the Meralco Gym will be the first step toward putting to rest the ill feelings of the melee between Gilas and the Australian national team at the Philippine Arena last July 2018.

“This is something that I thought would be good for Philippine basketball,” Guiao said during the Gilas Pilipinas sendoff at the Meralco Multi-Purpose Hall.

“We wanted to erase some memories of the past and replace them with good memories and at the same time renew our friendship and goodwill with Australian basketball,” he added.

Guiao earlier had initial plans of facing the Australian national team in a similar exhibition series but the Boomers begged off due to their busy schedule ahead of the World Cup.

The 36ers immediately took the chance to accept the invitation of the Samahang Basketbol ng Pilipinas to come over as part of their own preparation for the 2019-20 NBL season.

Of the Adelaide players in town, only forward Anthony Drmic is the member of the Australian team that took on Gilas in that infamous July 2018 match.

Drmic, who was on the bench when the brawl took place, said his focus is on making sure the 36ers build team chemistry before the NBL season.

“Honestly, I don’t really remember who’s on the team and who wasn’t. I’m sure they have thing that they totally don’t remember me,” said Drmic. Honestly, it’s not big of a deal. What were looking forward to is to play these good games and for us get that chemistry.

Adelaide is coached by Joey Wright, who played as an import for Presto Ice Cream in the 1992 PBA Third Conference.

Wright didn’t hesitate trying to refer the Gilas-Australia brawl in a light-hearted manner.

“Any of those things that happened with that other team, that wasn’t us,” Wright said, drawing laughter from those who attended the send-off.

“We will get out there and play a little ball. If you wanna fight them, fight them. Don’t fight us,” he added.