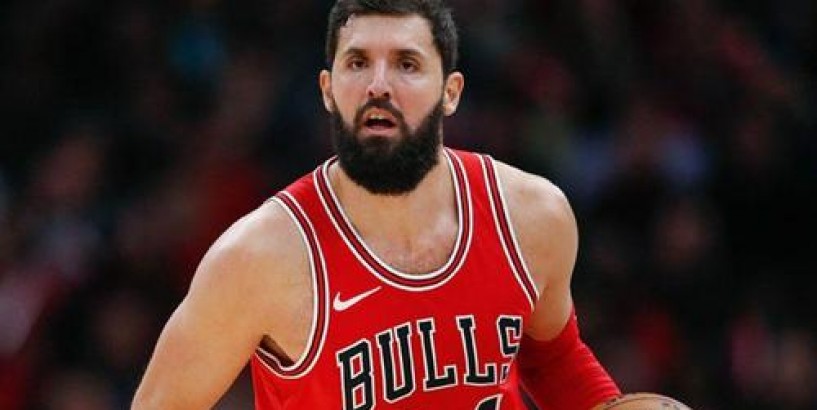 Nikola Mirotic raised some eyebrows last summer when he rejected significant NBA interest, including a concrete offer from the Utah Jazz , to return to his European roots and play for FC Barcelona.

On Saturday, Mirotic merely raised celebratory smiles, getting a swimming pool dunking from ecstatic teammates after earning most valuable player honors for the second time in his European career.

"You can see it in my face, in my smile. It was a good surprise, it brightened my day," Mirotic said, according to Eurohoops.net, after winning the honor as his team prepares for a Liga ACB semifinal game on Sunday. "The MVP award for me means a collective work of the team. This award goes to all my teammates who have helped me to be better every day. Each game has helped me to feel good. And of course to the coaching staff who have managed to put me in the best position that I feel effective. And also for all those who support us, the fans."

Mirotic averaged 20 points, 5.8 rebounds, 1.4 assists and 1.1 steals in 26.9 minutes per contest in the Spanish league. He joined Darryl Middleton, Arvydas Sabonis, Luis Scola and Felipe Reyes as the only multiple MVP award winners. His first came with Real Madrid in 2013 before he joined the Bulls.

Mirotic averaged 11.4 points in close to four seasons with the Bulls. who traded him to the Pelicans in 2018. He played last season for the Bucks.