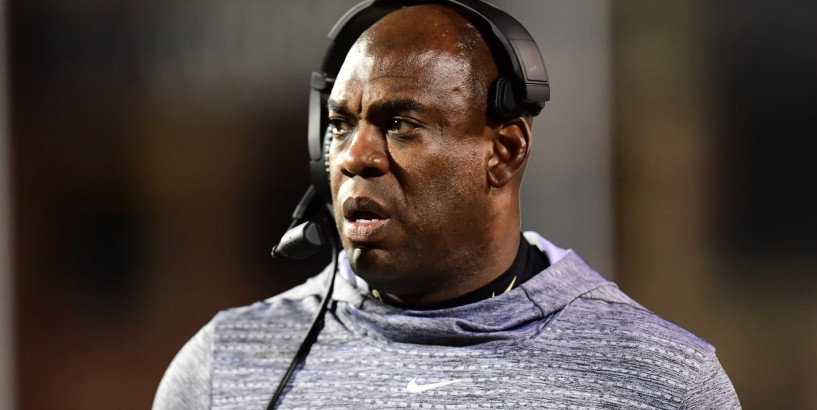 Colorado's Mel Tucker is no longer a candidate to be Michigan State football 's next head coach. Tucker tweeted Saturday afternoon he's committed to staying at Colorado. "While I am flattered to be considered for the HC job @MSU_football, I am committed to @CUBuffsFootball for #TheBuild of our program, its great athletes, coaches & supporters. #UnfinishedBusiness #GoBuffs "We are #Relentless #Culture #TheBuild" Tucker was expected to interview with the Spartans this week , as was Cincinnati coach Luke Fickell, after longtime coach Mark Dantonio resigned Tuesday. Fickell is considered the front-runner to land the job, multiple sources have told the Free Press. MSU has hired Glenn Sugiyama, a managing partner and global sports practice leader for DHR International in Chicago, to help guide its search, according to multiple sources. The sources have spoken on condition of anonymity because they are not authorized to speak publicly about the search. Tucker went 5-7 in his first year with Colorado in his collegiate head coaching debut in 2019. The 48-year-old, who was a graduate assistant at MSU in 1997-98 under Dantonio and then-head coach Nick Saban, served as interim head coach of the NFL’s Jacksonville Jaguars at the end of 2011 and went 2-3. Tucker was part of the 2003 Ohio State staff with Dantonio and Fickell, serving as Dantonio’s defensive backs coach under Jim Tressel. He went on to replace Dantonio and share the defensive coordinator job in 2004 before leaving for three stops in the NFL. He Georgia’s defensive coordinator from 2016-18. Tucker signed a five-year, nearly $15 million contract that includes a buyout that is now $3 million, according to The Denver Post. Free Press writers David Jesse and Chris Solari contributed to this report.