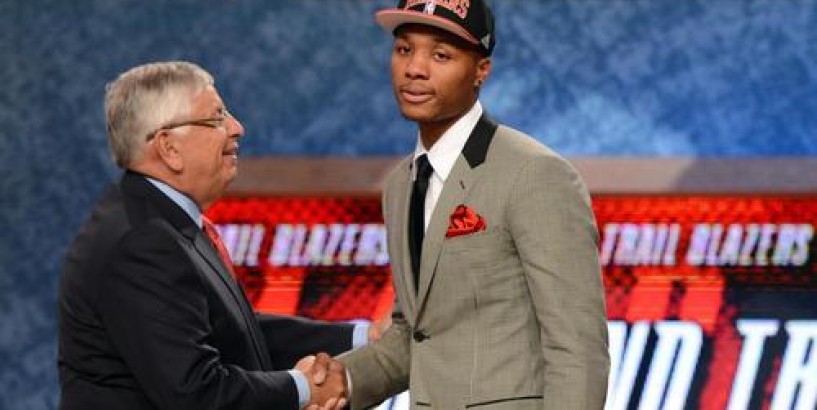 Every NBA general manager goes into the NBA Draft hoping they can find a player that can help the franchise.

Rarely, the general manager finds a player he can build the franchise around, but Trail Blazers GM Neil Olshey did just that when he drafted Damian Lillard sixth overall during the 2012 NBA Draft.

Olshey had an idea of the player that Lillard could become during the draft process. After a workout that was reportedly the best Blazers draft workout sine Kevin Durant , it was the Dame 's character that won over Olshey.

"It was just the supreme confidence that you just knew that guys would want to go to battle with him.," Olshey told NBC Sports Insider Tom Haberstroh. "He was about the right things… And this kid that hadn't gone through the steak dinners, and the stroke fest, and all this stuff through high school, and AAU guys and shoe companies; this was his first foray into this out of Oakland High School and Weber State, and for him to handle that was pretty remarkable...

"One of the things that's unique about Portland is you gotta know people that are going to get this market, that are going to buy into this. And, I really felt like we had a chance with him, knowing how important player retention is for the small, non-destination markets."

[RELATED]: When Neil Olshey knew Damian Lillard was his guy

The Blazers acquired the pick that would become Damian Lillard at the 2012 Trade Deadline when then-interim general manager Chad Buchanan sent an expiring Gerald Wallace to Brooklyn in exchange for a top-three protected first-round pick.

Brooklyn General Manager Billy King was not a believer in Damian Lillard as he reportedly thought that the year's draft class was a three-player draft so they only protected the pick top-three. Those three players? Anthony Davis, Michael Kidd-Gilchrist , and Thomas Robinson.

King was also desperate after missing out on Dwight Howard and with Deron Williams to be a free agent in three months, they pulled the trigger on the deal, which the entire Portland front office knew was a heist.

Wallace would sign one of the worst contracts in the NBA that offseason while the Blazers drafted arguably the best player in franchise history, so thanks, Billy King.

Lillard would win Rookie of the Year in 2012 but a 13-game losing streak to end the season doomed the team's playoff hopes, however, that losing streak gave them a good enough draft pick to select CJ McCollum tenth overall in the 2013 NBA Draft.

Lillard has not missed the postseason since, where he has created some quite memorable moments such as not one, but two series-winning, buzzer-beating shots: 2014 vs Houston Game 6 and 2019 vs OKC Game 5.

So once again, thank you Billy King.