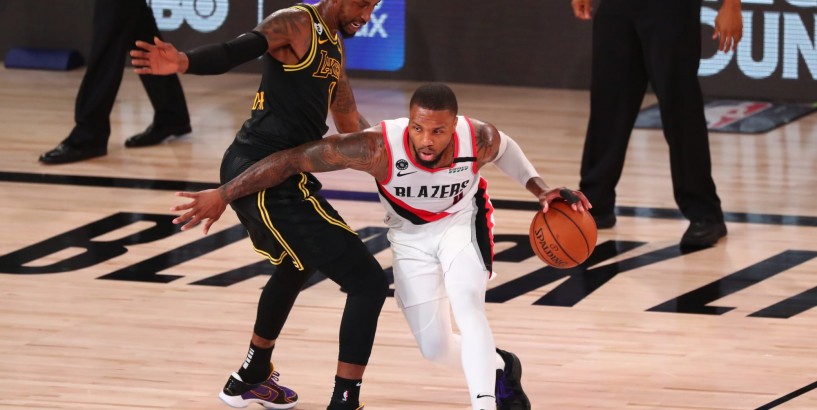 Game 4 went from bad to worse to downright awful when Damian Lillard exited late in the third quarter with an apparent leg injury.

Given that the Los Angeles Lakers were up by 29 points at halftime and 25 at the end of the third quarter, it’s not surprising the Portland Trail Blazers kept him on the sidelines for the rest of the game. Now they’ll await further diagnosis as they prepare to stave off elimination in Game 5.

It was labeled as a right knee injury, Dame was ruled out for the rest of the game and he will receive an MRI to determine the extent of the injury.

Fingers crossed Damian Lillard’s knee is all right Lillard injured the knee around the 7-minute mark of the third quarter and tried to give it a go before leaving the game for good at the 5:18 mark with the Blazers down by 29. Because the score was so far out of hand, it wouldn’t have made sense to put him back in the game even if he had been able to walk it off.

Unfortunately, a knee injury is nothing to mess around with, especially with the Blazers’ season now teetering towards the ledge. After a sorry effort in Game 1, the Lakers seem to have shaken off their offensive rust and led by double-digits for most of the night on Monday.

RELATED PRODUCT Portland Trail Blazers Fanatics Authentic (2004-2017) Team Logo Basketball Shoe Display Case Buy Now! Buy Now! Now the question is the severity of Dame’s knee injury and whether it’s even worth him suiting up for Game 5. Portland’s defense is simply not equipped to stop the Lakers offense now that they’ve awakened, and although Lillard would love to be out there with his teammates, the health of Rip City’s franchise star comes first and foremost.

All this depends on what Lillard’s knee injury actually is, of course. There will be questions about his heavy workload or what he was doing playing such heavy minutes in a clear blowout, but Lillard and the Blazers are competitors; anyone wondering what Terry Stotts was doing should also wonder whether Dame would’ve even come off the floor if his coach had told him to.

In any case, here’s hoping this injury is nothing severe that will affect his 2020-21 season in any way.