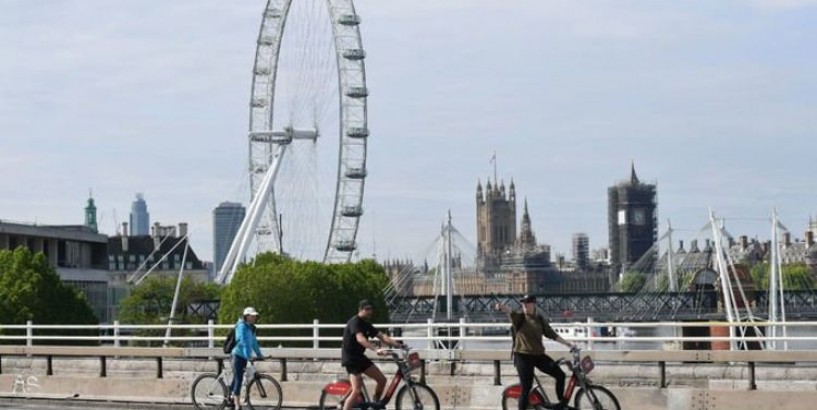 Cycling in London: Best and most scenic cycle routes through London

Thousands of people are cycling in London everyday during the coronavirus lockdown (Image: GETTY) Cycling in London can very much be a stressful time for avid riders. From having to deal with stationary traffic, unaware drivers and pedestrians, cycling in the capital is by no means an easy feat.

Related articles Cycling rules: Can you cycle on a public footpath? Cycling route planner: How to plan your cycle route on your phone Doing so, however, has become somewhat easier since the coronavirus lockdown.

With fewer cars on the roads and less people on the streets, now is the prime time for cycling enthusiasts to see the capital in all its glory.

And there are plenty of scenic routes for them to take in over the next few weeks, especially during this good weather.

Express Sport has compiled some of the best routes for avid cyclists, or indeed those just looking for a bit of fun, to try out on the next socially distant venture out of the house.

Hundreds of thousands of people have taken up cycling during the COVID-19 lockdown (Image: GETTY) Richmond Park / Tamsin Trail

A picturesque 7.5-mile ride that begins on the outskirts of Richmond Park and features a beautiful hilltop view of St. Pauls Cathedral.

The trail ends a Broadway Market, which riders can stop off at and have light refreshments and take in some of the bookshops in the vicinity.

Related articles Cycling: Can you listen to music while cycling? Cycling podcasts: Best sport shows to listen to while cycling River Lea to the Olympic Stadium or Victoria Park

Kicking off at the Totteham Marshes, this trail takes riders along the River Lea, which is one of less busy waterways.

Along the trail, riders can take one of two routes that begin at Hackney Wick station. The towpath is parallel to Queen Elizabeth Olympic Park and will take riders to the London Stadium.

A leafy 2.5-mile route that follows the Parkland Walk, which runs along the course of the old rail track and between Finsbury Park and Alexandra Palace.

If you go beyond this trail, you'll end up at Highgate Cemetery, where Karl Marx is buried.

There are plenty of scenic cycling routes in London (Image: GETTY) Cycle along the Thames past London’s Landmarks

Take in all of London's big monuments by heading west on Westminister Pier. You'll soon take in views of the Palace of Westminister and the Tate Britain.

Continue along the trail for a good few miles and you'll soon be able to see Battersea Power Station and Battersea Park on the opposite.

The route ends Kew Bridge, where you can dismount and take in visit the Royal Botanical Gardens.