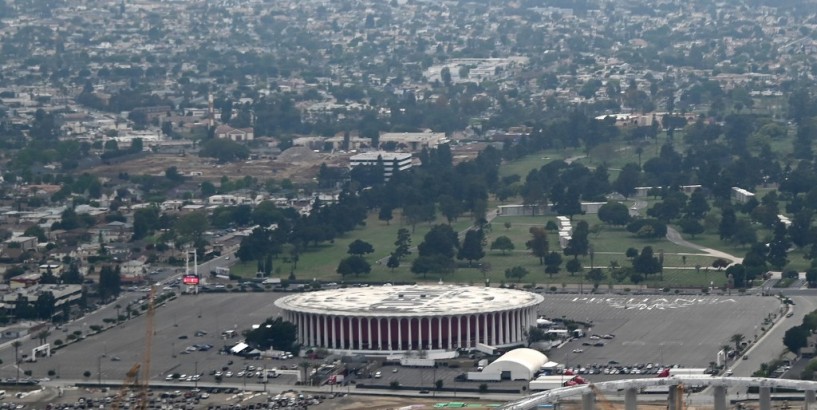 Clippers owner Steve Ballmer said Tuesday he’d reached an agreement to purchase the iconic Los Angeles Forum, eliminating a hurdle in his plan to build a new arena for his NBA team nearby.

An aerial view shows The Forum arena in Inglewood, California on May 9, 2019.(Photo by Daniel SLIM / AFP)

Ballmer said the venue in the suburb of Inglewood would be purchased from Madison Square Garden Company by a newly created company called CAPSS LLC, a joint venture of Ballmer and Clippers vice chairman Dennis Wong.

The Forum, formerly the home of the Los Angeles Lakers, has been renovated since their move to Staples Center to be used largely as a concert venue and will remain so, Ballmer said.

The $400 million deal, which should close later this year, will also resolve legal challenges mounted by MSG against Ballmer’s plan for his new Clippers arena.

MSG had argued that the arena would be a competing venue to the Forum, and violate its operating agreements with the city of Inglewood.

The plan for the new facility calls for a privately-financed 18,000-seat “fan-focused” NBA arena, team headquarters and community center.

It must still be approved by local authorities.

The Clippers currently play at Staples Center, in downtown Los Angeles, along with the Lakers and the NHL’s Los Angeles Kings.

According to the announcement from CAPSS, all current Forum employees will be offered employment under the new owner.