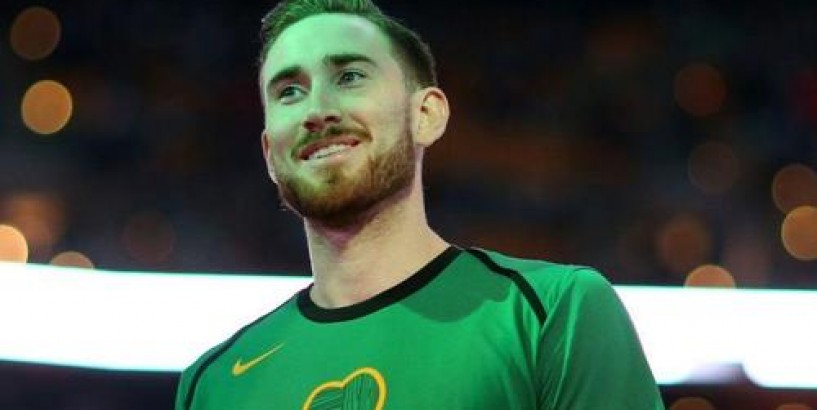 The Celtics ' Gordon Hayward has been at his wife's side for the birth of their three children, he's not going to miss the fourth - even if that means leaving the bubble.

Hayward's wife Robyn is due with their fourth child in September - very possibly while the team is still playing - and he said in a conference call with reporters that he will leave the bubble to be with her. Via Tim Bontemps of ESPN:

That protocol says that if Hayward notifies the team and league, is gone fewer than seven days, gets tested and is negative every day he is outside the bubble, then upon his return he will have a four-day quarantine (so long as he continues to have negative tests). This applies to all players who might need to leave the Walt Disney World campus for a family emergency or situation (Utah point guard Mike Conley 's wife is due with their child in late August, for example).

If Hayward is gone longer or isn't tested every day outside the bubble - or, if a player leaves the bubble without notifying teams - he has a 10-day quarantine upon his return.

The second round of the playoffs are set to begin Aug. 30 and will run as long as Sept. 13. The Eastern Conference Finals - which the Celtics have a good chance of making, but likely would need to beat out a strong Toronto squad - start Sept. 15 and run through the end of the month.

Hayward will be missed, and it's not just his 17.3 points, 6.5 rebounds, or 4.1 assists per game, or the fact he shot 39.2% from three and is an important part of the Celtics' floor spacing. It's also that Brad Stevens uses Hayward in versatile lineups - Jayson Tatum , Jaylen Brown , Marcus Smart , and Hayward make a very switchable foursome - that can both defend and difficult for opponents to stop. Boston loses some of that versatility without him, Semi Ojeleye is not going to be able to give the Celtics the same quality minutes.

Celtics' Gordon Hayward may leave bubble in September for birth of child originally appeared on NBCSports.com