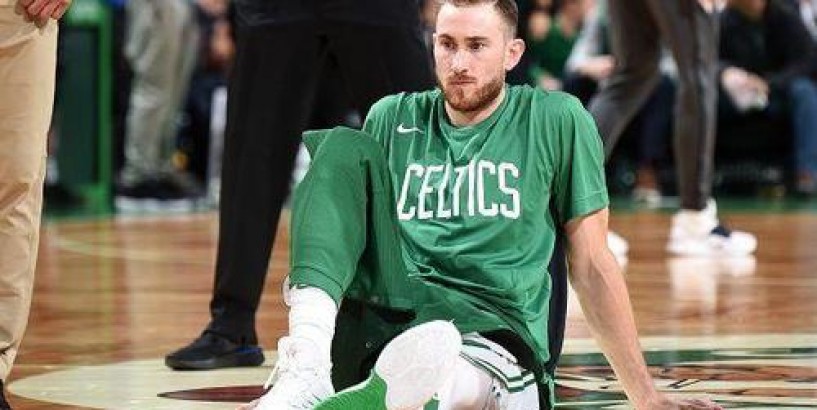 Gordon Hayward has having a bounce-back season, looking much more like the guy the Celtics thought they had signed out of Utah - coming into Saturday, he was averaging 20.3 points per game while shooting 44.4 percent from three, with 7.6 rebounds and 4.5 assists per game. He's been their best playmaker for others this season.

Now he's going to miss a chunk of time - Gordon fractured his left hand against the Spurs.

It was an innocent play, but it could have long-term repercussions for the Celtics.

Right now there is no timeline for his return, and how fast it goes will depend upon what bone is broken, how severe the fracture is, and whether or not it requires surgery. It is Hayward's off hand but it's likely he would miss three weeks at the minimum, and maybe much more ( Stephen Curry is out three months with a fracture of his off hand that required surgery). Adrian Wojnarowski of ESPN had this update.

For Boston, this likely means a lot more Marcus Smart and Semi Ojeleye .

Hayward, of course, missed his entire first season with the Celtics after a catastrophic leg injury. Last season he was back on the court, but not yet the All-Star and borderline All-NBA player the Celtics thought they had signed. This season Hayward had finally started to look like that guy again.