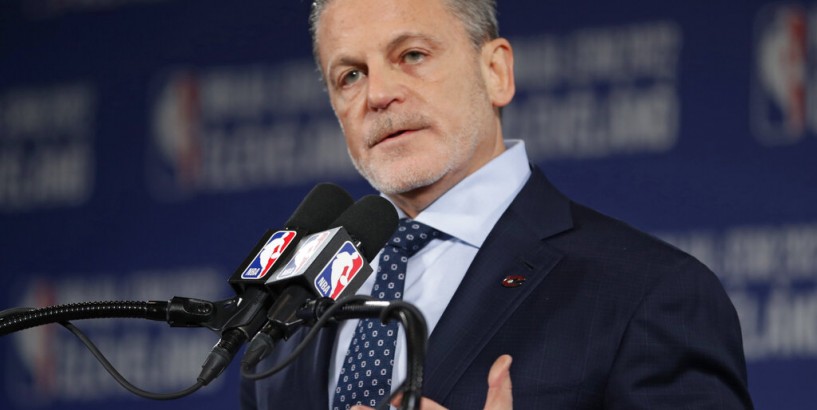 CLEVELAND — Cavaliers owner Dan Gilbert has been home for nearly a week in Detroit as he continues to recover from a stroke suffered in May.

Gilbert had spent the past two months in a rehabilitation center in Chicago. On Thursday, Quicken Loans CEO Jay Farner provided a brief update on the 57-year-old billionaire businessman.

“On Friday, Dan Gilbert returned to Detroit to continue his rehabilitation locally,” Farner said. “We are extremely thankful for all of the skilled medical professionals who have played a significant role in Dan’s recovery and are glad to have him back home.”

Gilbert, who founded Quicken Loans, suffered the stroke on May 26 after he was taken to a hospital by a family friend. He was immediately taken into a surgery for a catheter-based procedure, which doctors have credited with being a key to his recovery.

He spent more than a month at Beaumont Hospital in Royal Oak, Michigan, before going to the rehab facility.

The Cavs and Gilbert’s numerous other dealings have operated while he’s been absent, and Farner said that will continue.

“While Dan focuses his energy on the rehabilitation process, our teams across the family of companies will continue to execute at a high level, serving and supporting our clients and team members,” Farner said.

In a video recorded for Quicken Loans employees, Gilbert said earlier this month he was grateful for the outpouring of support.