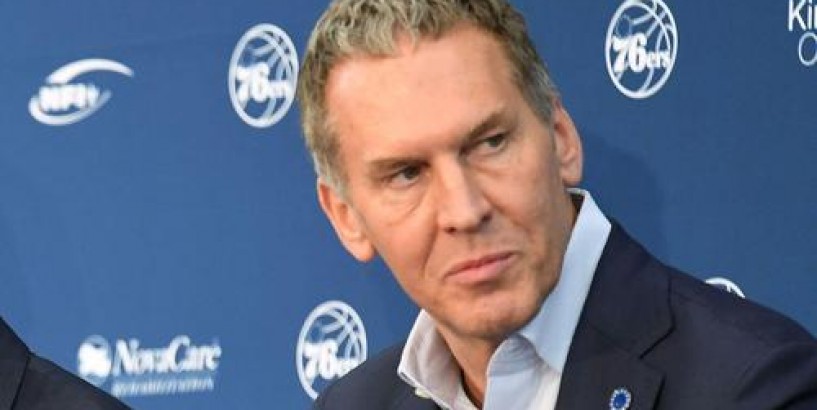 Bryan Colangelo, who resigned from his role as the Sixers' president of basketball operations a little more than two years ago, bought a stake in the Illawarra Hawks of Australia's National Basketball League earlier this month, so he's back making the media rounds.

Which means, of course, he is now facing questions about the infamous Burnergate, because it's one of the most bizarre and hilarious things in NBA history.

In an ... interesting answer about Burnergate with the Sydney Morning Herald, Colangelo didn't seem ready to take his portion of the blame for the debacle.

Here's his take on what happened , two years later:

Some of what he says here - like trying to love and protect his family - is admirable and honest. But it's not all truthful.

Colangelo saying he was "absolved" after an independent law firm investigated the incident is simply incorrect. The law firm explicitly stated that Colangelo was in part to blame for the content found in his wife's Twitter accounts:

That's about as clear as it gets. Why try to rewrite history instead of just acknowleding what happened? Who knows?

For whatever reason, it seems that Colangelo, two years later, remains bent on his complete innocence.

We'll see if he fares better in Australia.

Click here to download the MyTeams App by NBC Sports! Receive comprehensive coverage of your teams and stream the Flyers, Sixers and Phillies games easily on your device.