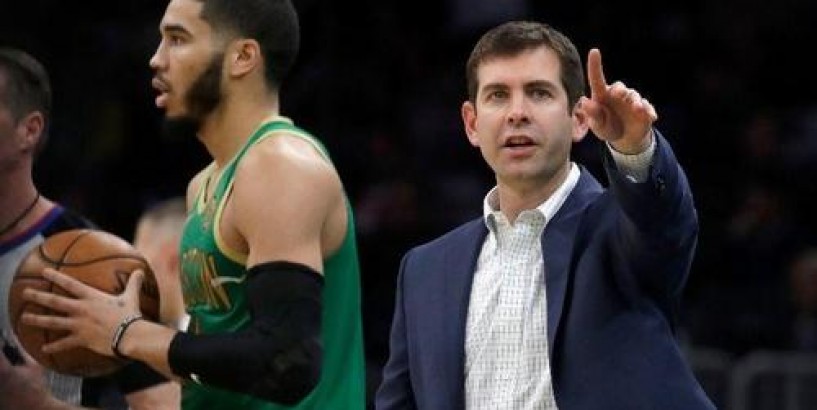 Brad Stevens was asked about the home winning streak* Boston teams have been on recently after the Celtics ran their own home streak to a legitimate nine (Sorry, Bruins, but an overtime loss, even in a shootout, is still a loss) with a 108-95 win over the Denver Nuggets Friday night.

*For the record, it's the Celtics 9-0, the Patriots 5-0, the Bruins 12 wins with one OT loss and four shootout losses and even the Red Sox 1-0 since Boston dropped its second-to-last home game at Fenway Park on Sept. 28. So, technically, the REGULATION, regular-season, home winning streak stands.

There's also that little matter of home playoff losses for the C's and B's last spring. Those are as real as they come.

CLICK HERE FOR THE LATEST CELTICS TALK PODCAST (LISTEN BELOW):

Still, with all this winning going on lately, the Boston teams must like playing at home, but Stevens pointed out how the Celtics' recent run of success helps accomplish a goal his team set coming off a season filled with bickering that ended with a second-round playoff exit.

"We said all along with this group our No. 1 objective was to be a team that Boston liked," he said. "That's it. We'll, hopefully, be that."

Never losing in front of your paying customers goes a long way toward that goal.