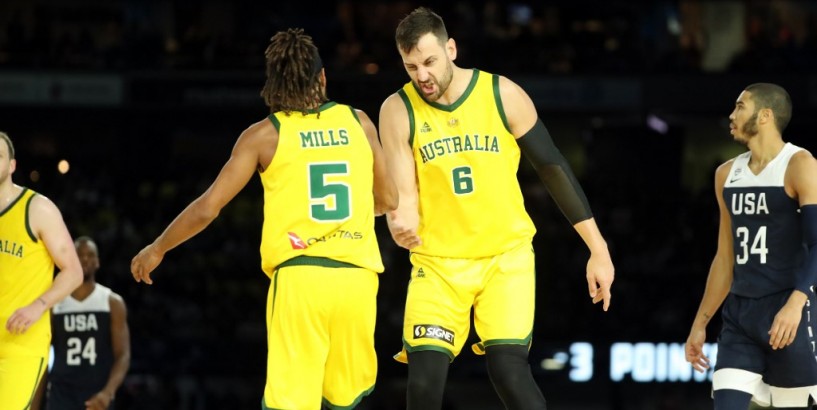 Australia was Saturday sweating on the fitness of Andrew Bogut a day out from their basketball World Cup opener after the star center hurt his ankle.

Patty Mills #5 of the Australian Boomers and Andrew Bogut #6 react to a play during the game against Team USA on August 24, 2019 at Marvel Stadium in Melbourne, Australia. ( Joe Murphy / NBAE via Getty Images / AFP)

The 35-year-old, who was a key member of the Golden State Warriors’ NBA championship-winning roster in 2015, limped off during a final warm-up game against Germany.

Basketball Australia said he had undergone precautionary scans and been “cleared of any significant structural injury”.

But his availability for their opening World Cup game against Canada in Dongguan, China, on Sunday remains under a cloud.

“Andrew will continue with rehabilitation and treatment, and his training status remains day to day,” Basketball Australia added.

Bogut spent four successful seasons with Golden State between 2012 and 2016 before returning this season.