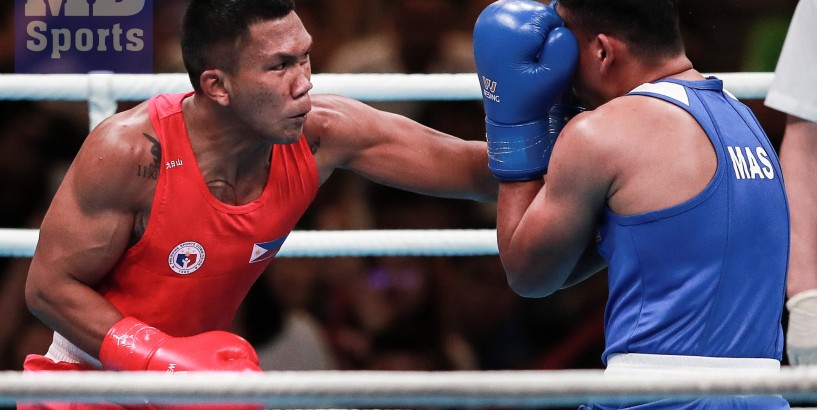 Marcial had earlier booked a slot to the Tokyo Olympics after hurdling his quarterfinal round assignment but the 24-year-old Zamboanga native simply felt the mission was far from over.

A lopsided win over Ashish Kumar of India in the semifinals earned him a crack at the gold against Amankhul and Marcial displayed why he was seeded first in the slugfest.

Marcial took control of the first two rounds as he even had his Kazakh rival bending over after absorbing a wicked body blow in the second round of the showdown featuring world championship silver medalists.

The 2017 runnerup in Hamburg, Amankhul, sensing that the fight was slipping away, won the third round but Marcial, who was the second-placer in the 2019 edition in Ekaterinburg, had already built up a lead that his rally wasn’t enough to turn the tide.

Still, the job isn’t over for Marcial, whose ultimate dream is to win an Olympic gold.

Alongside female flyweight Irish Magno, who secured an Olympic ticket after winning a boxoff, Marcial is expected to dedicate the next few months honing his skills for Tokyo.

So far, the Philippines has a total of four Tokyo qualifiers aside from Marcial and Magno. The first two to make the Olympic grade were pole vaulter EJ Obiena and world champion gymnast Carlos Yulo.

The five other boxers who failed to qualify—Carlo Paalam, Ian Clark Bautista and James Palicte in the men’s category and top featherweight seed Nesthy Petecio and Riza Pasuit—could still end up taking the last bus if they finish well in the World Qualifying that Paris is hosting from May 13-24.