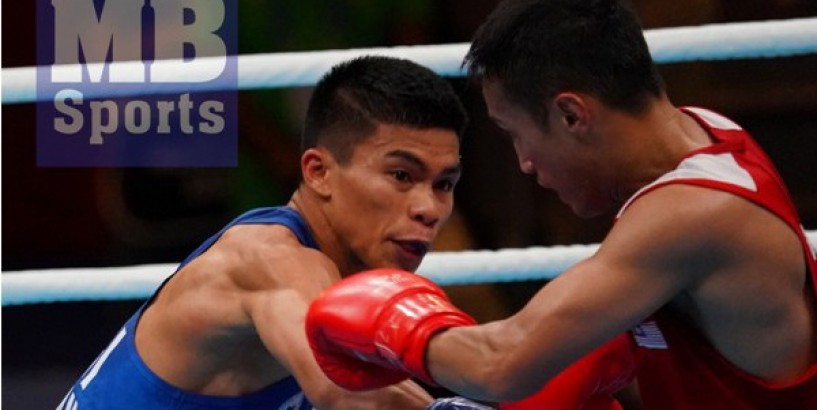 AMMAN, Jordan – The Philippine boxing team went two of three on the final day of preliminaries in the Asia-Oceania Olympic Qualification Tournament Saturday at the Prince Hamzeh Hall in this ancient capital city.

The quarters will be held Sunday and Monday.

The soft-spoken Paalam, 21, dazzled against Afghanistan’s Ramish Rahmani to get the nod of all five judges for a unanimous decision 5-0.

The 27-year old Magno had an even more stellar performance as she easily disposed of Winnie Au of Hongkong in an abbreviated RSC2 (Referee Stopped Contest, 2nd round).

ABAP secretary-general Ed Picson, who heads the delegation, said having five of seven boxers in the quarterfinals is more than satisfactory.

“We didn’t get the draw we were hoping for. Ian faced Butdee early and James Palicte had the 2017 Asian champion Uzbek Abduraimov in his first fight, but that’s the way it is. Now we have five, so we will aim for 5 qualifiers for Tokyo. But none of the five fights will be easy”.

The Filipino boxers only need to win their respective quarterfinal matches to be assured of a berth in the Tokyo Olympics.

The team coaches are Ronald Chavez and Elmer Pamisa for the men, Reynaldo Galido and Roel Velasco for the women and Donald Abnett, foreign consultant.