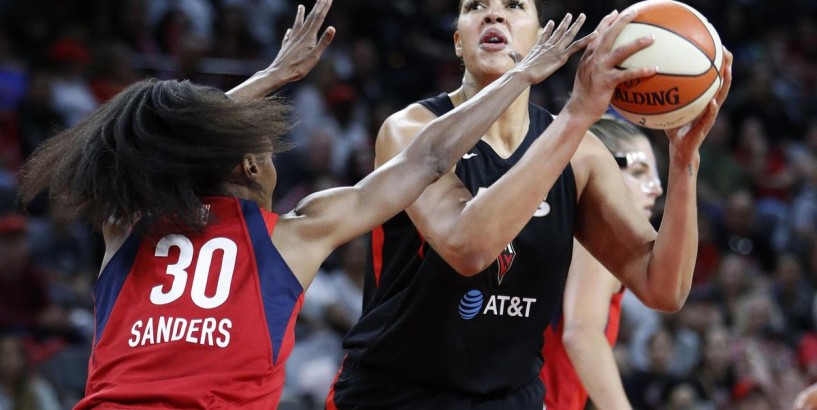 Agent: Cambage expected out; severe risk if she gets virus

The 6-foot-8 Australian’s case is one of a handful that is before the league’s independent panel of doctors people familiar with the situation told the AP. The people spoke on condition of anonymity because neither the players nor the league have publicly identified them, with the exception of Cambage .

The panel of physicians decide whether a player would be medically excused and receive full salary for the upcoming season, which is scheduled to start at the end of the month in Florida at IMG Academy. Players can still opt out and skip the season if the panel does not grant them a medical waiver. They will not get paid.

Teams are expected to head to Florida on Monday to start quarantining before training camp opens.

“We planned for 2020 to be a big year for Liz and she was excited to play with the Las Vegas Aces and compete for a championship,” Galer said.

So far, about a dozen WNBA players have decided to opt out of playing this year due to a variety of reasons, including health and social advocacy.

Cambage averaged 15.9 points and 8.2 rebounds last season for the Aces - her first with the team. The 28-year-old star has played four years in the league after getting drafted second in 2011 by the Tulsa Shock. She was traded from Dallas to Las Vegas before last season. She had re-signed with the Aces in April.

“ Liz is a generational talent and we are going to miss her this season on the court and in the locker room,” Aces general manager Dan Padover said. “She has been incredibly active this offseason in the community raising money to support first responders who battled the brush fires in Australia, continuing to shine a light on mental health awareness, and standing at the forefront of the peaceful protests in her country battling social and racial inequality, and I have no doubt that she will continue to do so this summer.

“Although Liz won’t be with us in Florida, she has our full support, and will continue to be a part of the Aces family and the city of Las Vegas for many years to come.”

She would be the second Las Vegas starter who will miss the upcoming season. Guard Kelsey Plum tore her left Achilles tendon last month.

The Aces signed veteran center Avery Warley-Talbert on Saturday. She played for Aces coach Bill Laimbeer when he was in charge of the New York Liberty a few years ago.