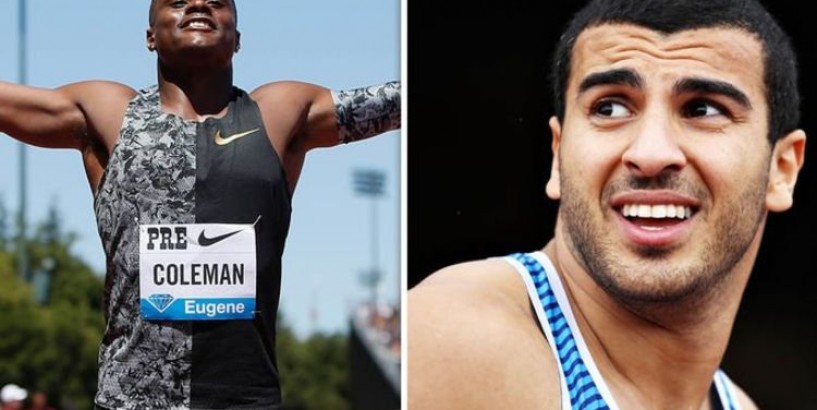 No man has run faster than American sprinter Coleman this year having run 9.81sec back in June, just two-hundredths off his personal best.

But he was facing drug charge questions by the US Anti-Doping Agency after he missed three doping tests in 12 months.

If charged, he would have faced a one-year ban, ruling him out of the World Championships and 2020 Olympics.

But the charges were dropped on the advice of the World Anti-Doping Agency after a further investigation in to the timings of said tests.

Trending Coleman had strongly denied any wrongdoing, insisting he is the "biggest advocate for clean sport".

The 23-year-old even took to his own YouTube channel to post - in his own words - a 22-minute video to explain more details.

But it's clear that some of his comments in the video didn't go down well with current and former athletes, where Coleman refereed to himself as “the biggest name in the sport”.

Gemili is one of Great Britain's biggest medal hopes in Doha, competing in both the 100m and 200m along with the 4x100m relay.

The 25-year-old will come up against Coleman when the 100m preliminary rounds begin Friday.

Adam Gemili is one of Britain's biggest medal hopes for the World Championships (Image: GETTY) And while he isn't focusing on the circus around the man to beat, he did seem to take a thinly veiled dig at Coleman.

“I try not to focus on it, it doesn’t really affect what I do,” he said.

“For me, what I would say is maybe humility goes a long way in track and field.

Christian Coleman is the fastest man over 100m in 2019 (Image: GETTY) He added: “It doesn’t make much of a difference. I’ve got my own lane, I’m a sprinter.

“At the end of the day, it doesn’t matter how fast you’ve run and he’s just another competitor for me.

“He’s been allowed to compete, which as an athlete we have no real say in anything.

“We just turn up and run against who we run against and we assume everyone’s on an evening playing field.”