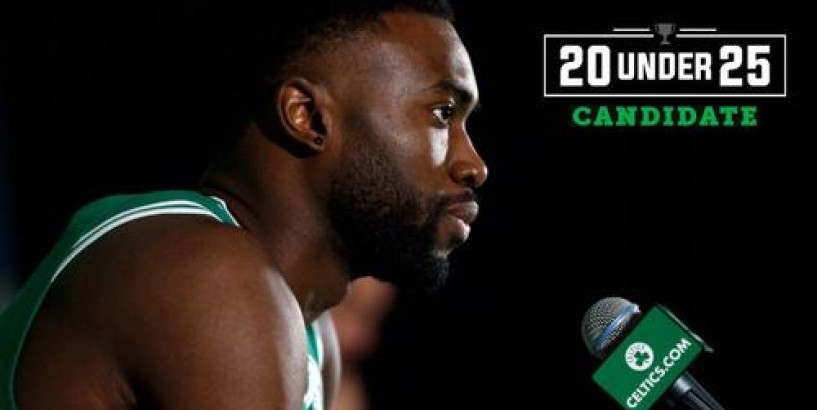 People often say "the sky's the limit" to describe a young player. Is it a fair label for Jaylen Brown ?

The perception of the 22-year-old Brown is ever-changing. First he was a reach of a draft pick, then he was a steal and a star in the making. An-up-and down third season was an overall step back statistically, so what is he now and, more importantly, what will he be going forward?

A lot depends on where one places the blame for that third season, which saw his minutes and points dip. Brown could have been a victim of the Celtics ' plethora of options or his development simply could have stalled.

If you feel it's the former, the bad news is that Kyrie Irving , Terry Rozier and Al Horford leaving doesn't really solve that on paper. The Celtics still have wings with whom Brown will have to coexist - most notably, Jayson Tatum and Gordon Hayward .

Brown went from averaging 14.5 points a game in his second season to averaging 13.0 last season. His postseason points went down from 18 a night to 13.9. Those numbers will have to come up, especially considering Brown is going into the last season of his rookie contract.

In a league taken over by power-duos, the perceived pair for the Celtics is Kemba Walker and Tatum. Yet is it really outside the realm of possibility that Brown, who's got one more season under his belt, has a better season than Tatum?

Brown's got All-Star talent, but trying to project if and when he reaches his ceiling is what makes him one of the more intriguing players in the NBA.