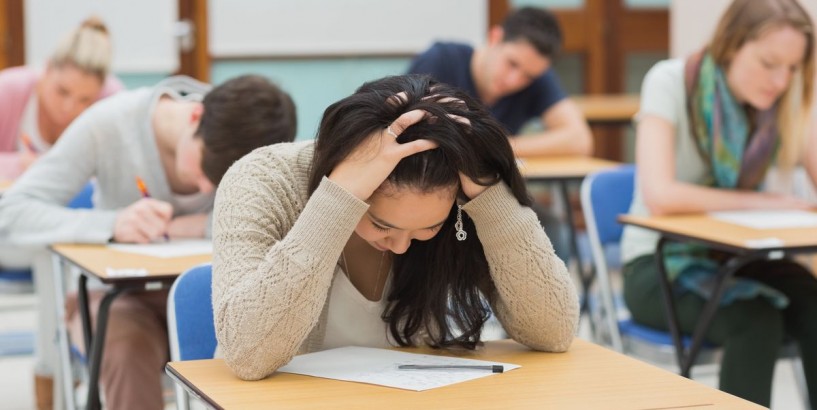 The Stress Of Year 12 Exams: ‘I Think I Was Having A Mental Breakdown'

This time last year, high school student Sophie spontaneously chopped a bold fringe in the middle of the night as she struggled to cope with academic pressure.

“I think I was having a mental breakdown and decided to cut my hair. I was just looking for new changes to deal with the stress,” the 18-year-old from Melbourne, who withheld her last name for privacy, told HuffPost Australia.

Twelve months on, she’s about to sit her year 12 exams, and admits the pressure to perform still keeps her up most nights. Attending a private school in the Victorian capital, Sophie is not preparing for the state’s VCE exams, but rather the International Baccalaureate (IB Diploma), which is offered at many independent schools and still results in an ATAR (Australian Tertiary Admissions Rank), the score used for university admission.

“My sleeping patterns have been thrown out the window because, late at night, I get hyper and stressed, thinking, ‘Have I done enough tonight?’” she said.

“I’m a perfectionist in what I do, and I get really down on myself if I haven’t done it well and to my best capability.”