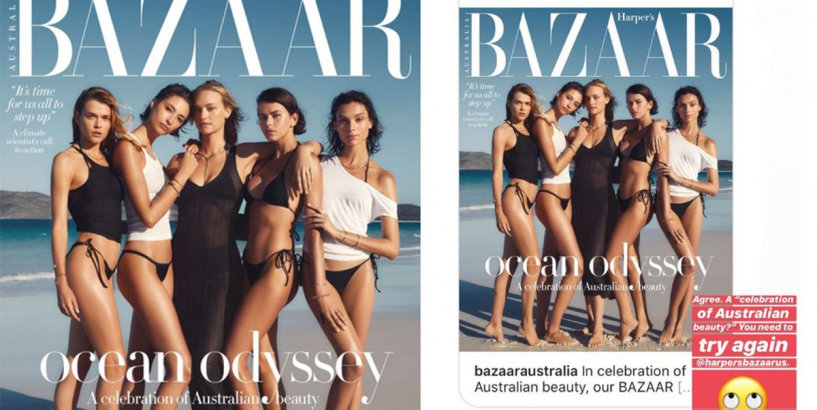 Just over two months after Who magazine mixed up two black models, Australia’s Harper’s Bazaar magazine has sparked a race debate with readers slamming the December issue for being “out of touch” and lacking ethnic and body diversity.

A series of comments left under the brand’s latest Instagram post shared on Sunday, accused the magazine of sending the “wrong message to the public” and “reinforcing the dated idea that Australian beauty is young, skinny and white”.