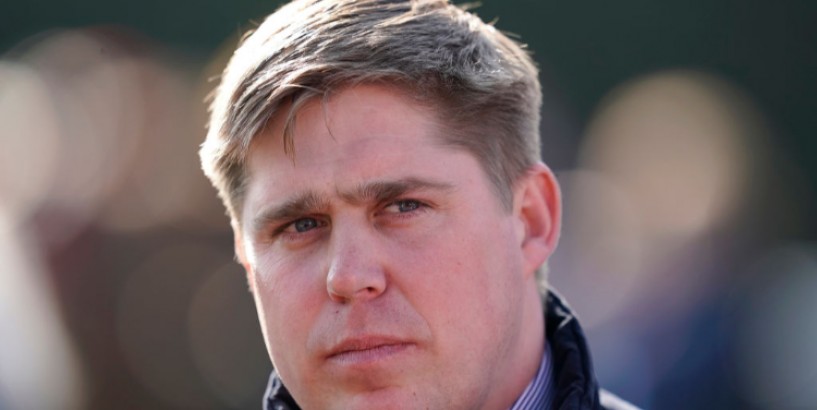 The six-year-old made a successful fencing debut over this course and distance in October, and quickly followed up at Fakenham before losing little in defeat when second to Esprit Du Large in the Grade One Henry VIII Novices' Chase at Sandown in December.

— ITV Racing (@itvracing) December 7, 2019 Looking forward to Nube Negra 's return on Saturday, Skelton said: "He has won around there - which is good.

"I don't want any rain - but it is not forecast, which is good.

"There will be no excuses. It is a good race for him, because he doesn't carry penalties.

"But it is competitive, because there are a few 150-rated horses in there - which will make things tough.

"At Sandown, he bumped into Evan's (Williams) horse (Esprit Du Large) on ground that suited him better than us - but I'm not taking anything away from him."

Nube Negra was a high-class juvenile hurdler two years ago, culminating in a fine effort to finish third in top handicap company at the Cheltenham Festival.

He did not hit the same heights last season, but has made a fine start to his chasing career.

"I just think he was a typical second-season juvenile that can struggle, and we see it a lot," said Skelton.

"We always thought he would jump a fence well, because he was jumping before he even ran over in Spain - he was actually bred and run by a show jumper who was one of my dad's (Nick Skelton) mates.

"So we always knew that jumping a fence was never going to be an issue, and we were delighted to see it happen.

"We will go back to Cheltenham one day, but we didn't even bother entering him in the Arkle because we thought that will be a hard race, so we will go straight to Aintree after this."

Among Nube Negra's five opponents, Harry Whittington is bullish about the prospects of Rouge Vif, who was last seen filling second place behind Global Citizen in the Wayward Lad Novices' Chase at Kempton over Christmas.

"The form has worked out well from Boxing Day, so he'll have to have a solid chance," said the Oxfordshire trainer.

"It looks a competitive Grade Two - but our lad in is great form, so we're looking forward to it.

"The more the ground dries out, the better it will be for him. He'll be better on better ground. Even on soft ground his form on Boxing Day is solid, so I like to think he has a great chance."

Torpillo, trained by Nigel Twiston-Davies, was only fourth in the Henry VIII but returns to the scene of his course-and-distance over Mister Fisher in November.

Djingle makes the journey from John Queally's stables in County Waterford but has a 5lb penalty for a Grade Three win at Roscommon in September.

Paul Webber is hoping the ground will be more suitable for Indefatigable than it was last time at Sandown, when she goes for Listed honours in the Paddy Power 31 Sleeps To Cheltenham Mares' Hurdle.

The mare did not handle testing conditions at the Esher track last month, and was a well-beaten third of four to Silver Forever after being sent off the 10-11 favourite.

Indefatigable showed she was well up to this level when scoring at Cheltenham in April, though, on good ground - and she has also twice finished second behind the smart Lady Buttons.

"She got bogged down in the very heavy ground at Sandown," said Webber.

"I walked Warwick today, and a couple of days ago, and I hope it will be all right.

"She's in very good form. It looks the right race for her, and I just hope that she copes."

Nigel Hawke believes stepping up in distance will eke out more improvement from Guardia Top, who has been in the first four on all her nine starts this season and is in receipt of plenty of weight from the other runners because she is only a four-year-old.

"She's won over two and a half miles round Chepstow, and I think she's be better over a trip," said Hawke.

"She's been very consistent all season, and she justifies going there.

"She was unlucky to get beat the other day at Doncaster in a Listed race, and I hope she can go one better. The allowances will help, as will the trip, and she always runs her race."

The Rebecca Curtis-trained Legends Of Gold and Tim Vaughan's Copper Gone West are also among the fancied runners in an eight-strong field.