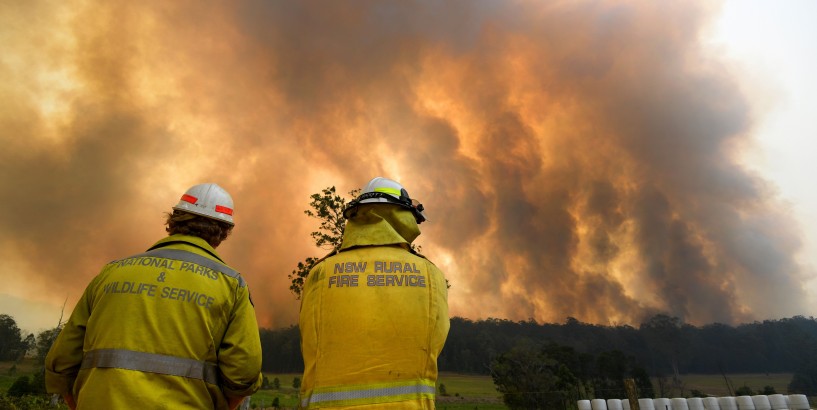 * “Catastrophic” heat and wind conditions to peak later in day

* Hundreds of schools and colleges closed

* Sydney shrouded in smoke as winds pick up

Tens of thousands of NSW residents took shelter on Tuesday after authorities warned it was too late for them to leave their homes as bushfires raged across a vast area of the east coast.

Officials issued 11 emergency warnings in New South Wales, each covering several communities, as more than half the71 fires across the state burned uncontrolled amid “catastrophic” conditions.

“Complacency kills - we cannot afford for people to be complacent,” New South Wales Rural Fire Service CommissionerShane Fitzsimmons, who is providing two-hourly updates on conditions throughout the day, told reporters in Sydney.

“This will only worsen throughout the afternoon as the weather conditions continue to deteriorate, and particularly those strong winds strengthen.”