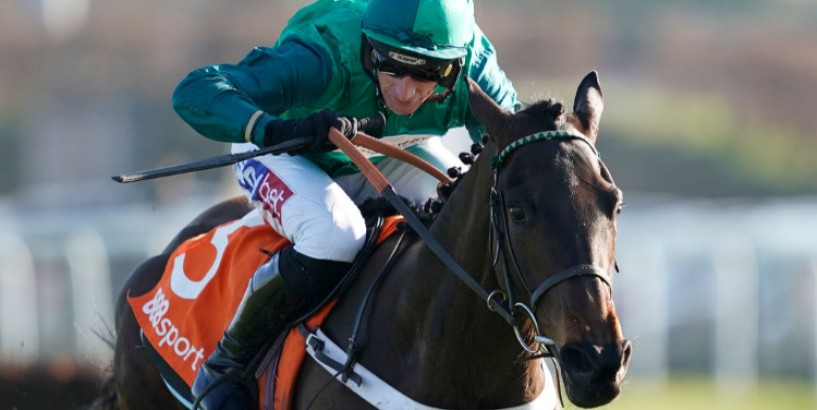 The five-year-old, Fusil Raffles , is on something of a retrieval mission, having been a Grade One winner at Punchestown last season.

FUSIL RAFFLES gets the job done on his reappearance in the (Grade 2) Elite hurdle at @wincantonraces , battling gamely to fend off the game Grand Sancy!

— Timeform Live (@TimeformLive) November 9, 2019 He scrambled home on his comeback at Wincanton in the Elite Hurdle, but was then desperately disappointing when pulled up behind stablemate Epatante in the Christmas Hurdle at Kempton.

The Tom Symonds-trained Song For Someone is currently rated higher than Fusil Raffles and may take him on, while Paul Nicholls has entered Cliffs Of Dover.

Perhaps the star on show will be the Henderson-trained Champ in the Timeform Novices' Chase.

He won his first two races of the season and had the Dipper at Cheltenham on New Year's Day seemingly at his mercy before falling.

Barry Geraghty was in Lambourn to school him this week and told his Sporting Index blog: "I schooled Champ at Nicky Henderson's on Friday morning and he was in great form. He jumped and felt really well, so I was very happy with him.

"He doesn't seem to be feeling any ill effects of the fall at Cheltenham and all roads lead to Kelso next week. Hopefully we can get things back on track ahead of the Festival in March."

Aye Right, The Big Bight and Coole Hall could be in opposition.

Henderson has also entered the unbeaten Fix Sun and Allart in the Belhaven Brewery Novices' Hurdle, along with Grand Roi, while Lucinda Russell's Grand National winner One For Arthur is the headline name in the Edinburgh Gin Chase.

Elsewhere on the card, Sandy Thomson's classy Seeyouatmidnight could return from retirement in the Racingtv.com Open Hunters' Chase.