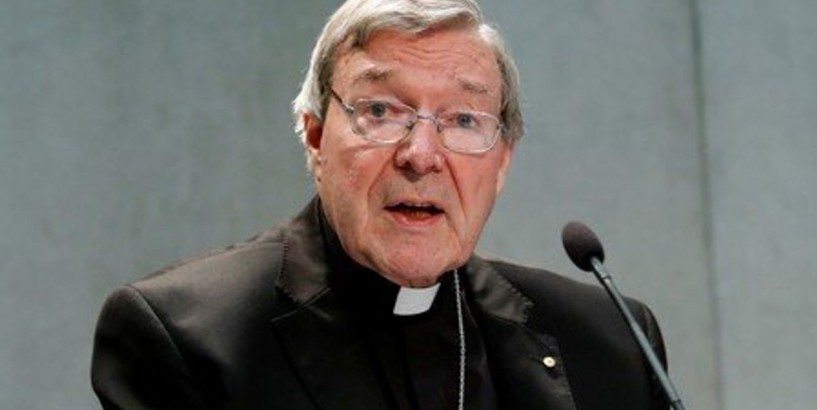 MELBOURNE - Prosecutors have urged Australia’s High Court to refuse to hear a final appeal by former Vatican treasurer George Pell against his conviction for sexually abusing two 13-year-old boys in the late 1990s.

In opposing arguments put by Pell’s lawyers to Australia’s highest court, prosecutors said there was no error in the approach taken by the Victorian state Court of Appeal.

The state appellate court upheld Pell’s convictions, in a2-1 ruling in August, on five charges of abusing the two boys atSt Patrick’s Cathedral in Melbourne when he was archbishop there.

“The appeal raises no question of law of public importance,“the prosecutors said in a filing to the High Court on Tuesday.The facts of the case were “carefully and thoroughly explored by the majority of the Court of Appeal,” they said.

Pell’s lawyers have seven days to respond, after which a panel of High Court judges will decide whether to hear the appeal, a High Court spokesman said. That decision can be made just on the submitted applications or following a hearing.

The earliest the case could be heard would be in 2020, should the court decide to take on the appeal.

Pell is the highest-ranking Catholic worldwide to be convicted of child sex offenses. He was jailed in March for six years and will be eligible for parole in October 2022, when he will be 81.

Two of the three judges at the Victorian appeal court ruled that “it was open to the jury to be satisfied beyond reasonable doubt that Cardinal Pell was guilty of the offenses charged.”

Pell’s lawyers argued at his trial that it was impossible for him to have committed the offenses in light of all the activity that went on after mass in the priests’ sacristy area of the cathedral, where the offenses were said to have occurred.

Pell’s lawyers said in his leave to appeal to the High Court that the Court of Appeal’s majority, in believing his accuser, had incorrectly shifted the burden of proof to the defense to show that the offenses were impossible.

Prosecutors said in response “there was little evidence that approached what could be described as an ‘alibi’” and the account of Pell’s accuser was backed by evidence, including his detailed description of the priests’ sacristy, which was off-limits to choirboys.