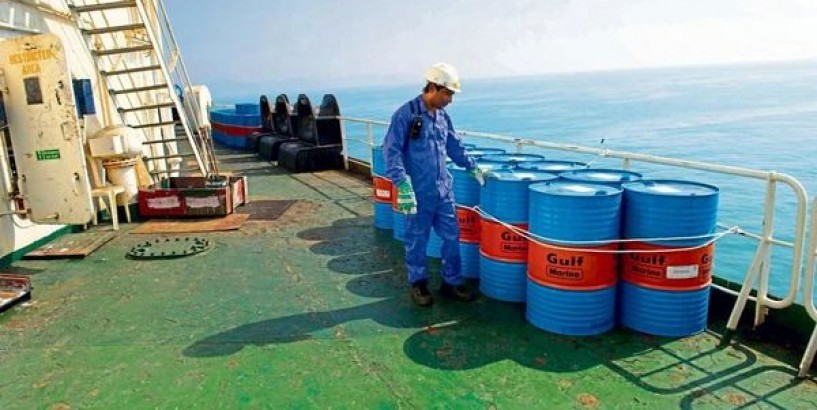 On 6 March crude oil prices crashed big time, as the cosy deal between Saudi Arabia-led the Organization of the Petroleum Exporting Countries (Opec) and Russia broke down.

Saudi Arabia started a price war with its oil producing ally Russia last week when it slashed the official cost of crude oil to the kingdom’s buyers by the most in more than 30 years. The price of Brent Crude (one of the main benchmarks for oil prices) has fallen from close to $52 per barrel on 6 March to $31.49 per barrel on 8 March. On 11 March, the price had recovered to $36.4 per barrel.

Simply put, the Saudis, the world’s top oil exporter, are trying to destroy the shale oil industry in the US, which isn’t viable at sub-$50 per barrel and create some trouble for the Russian oil industry as well.

While Saudi Arabia produces oil at very low rates, its government’s massive expenditure is highly dependent on high oil prices. As per the International Monetary Fund (IMF), the break-even price for the Saudi Arabian government to be able to meet its expenditure in 2020 is expected to be at $83.6 per barrel.

Once we take this into account, it is easy to conclude that the Saudis cannot afford the price war for very long. The Russians, on the other hand, are slightly better placed.

How will this impact India? Given that the country is the world’s third-largest crude consumer and imports close to 85% of the oil that it consumes, any fall in oil prices is a relief, as the import bill comes down.

But will the Indian consumer get to see lower petrol and diesel prices? The safe answer here is, given that state governments are facing a slowdown in tax collections, they are likely to capture some of the fall in prices by increasing the value-added tax (VAT)/sales tax they charge on petrol and diesel. Also, in the recent past, the central government has tended to increase the excise duty on petrol and diesel when oil prices have fallen.

Will this time be any different? Let’s examine the various scenarios.

With oil prices falling, the dollar demand for imports is going to come down and this should act in India’s favour, at a time when there is a greater pressure on the rupee The India story

Another point that needs to be remembered here is that crude oil is bought and sold internationally in dollars. When an Indian company imports oil, it needs to pay for it in dollars. This pushes the demand for dollar vis-à-vis the rupee. With oil prices falling, the dollar demand for oil imports is going to come down and this should act in India’s favour at a time when there is tremendous downward pressure on the rupee.

In May 2014, the month in which Narendra Modi took oath as the Prime Minister for the first time, the price of the Indian basket of crude oil averaged at $106.85 per barrel. The price of petrol in Delhi then was ₹ 71.41 per litre.

One reason for this lies in the fact that the rupee has lost ground against the dollar in the last six years. One dollar was worth around ₹ 58-59 in May 2014. Now it’s worth around ₹ 73-74. Over and above this, central and state taxes on petrol and diesel have also gone up, between then and now.

This is where things get interesting. Let’s take a look at Chart 1 to understand the issue in greater detail. It shows that taxes collected by both the central and state governments have gone up, and so has dealer commissions. Therefore, petrol rates in Delhi are similar to what they were six years back, despite oil prices taking a beating.

The price of petrol charged to dealers in Delhi as of 1 March was ₹ 32.93 per litre. With global crude oil prices falling, this price is likely to come down in the days to come. But will that translate into a lower retail price for petrol? The answer to this question is, it depends.

While petrol is sold to dealers in Delhi at ₹ 32.93 per litre, the retail price is ₹ 71.71 per litre. This means that the retail price is 118% more than the dealer price of petrol. On the dealer price of ₹ 32.93, the central government charges an excise duty of ₹ 19.98 per litre. This is fixed irrespective of the price of petrol. Over and above this, a dealer commission of ₹ 3.55 per litre is to be paid.

While the excise duty is fixed per litre of petrol, VAT(or sales tax, as it is referred to in some states) at the state government level works on an ad-valorem basis. When oil prices fall, petrol rates at the dealer level also come down. This basically means that the taxes earned by the Delhi government (or any other government) through petrol will also come down.

What is true for Delhi is true for other states as well. In Karnataka, the sales tax is at 32%. In Mumbai, Thane and Navi Mumbai, VAT is at 26% plus ₹ 7.12 per litre. The question is whether the state governments will be okay with the idea of collecting lower taxes on petrol and diesel. Madan Sabnavis, chief economist, and Urvisha H. Jagasheth, research analyst at CARE Ratings Ltd, said in a report: “It has been noticed in the past the government does not pass through the impact of the soft crude prices completely to the consumer."

The state governments are already feeling the heat on the tax front. In FY20, they were promised ₹ 8.09 trillion from the taxes earned by the central government. It is likely that they will end up earning only ₹ 6.56 trillion, which is almost a fifth lower. Also, property taxes, which are a big source of revenue for many state governments, have taken a beating in the recent past due to a slump in the realty sector.

In this scenario, it is more than likely that if lower oil prices persist, the state governments will end up increasing VAT or the sales tax they charge on petrol and diesel, in the months to come. It is the easiest way for them to shore up their coffers. Also, the central government has been known to capture a fall in the past, by increasing the excise duty on petrol and diesel, instead of passing it on to the consumers. Hence, the Indian consumer, as has been the case before, is unlikely to fully benefit from lower oil prices.

In September, later this year, Opec will complete 60 years of its existence. While, the oil cartel was formed in September 1960, it got real pricing power only in the 1970s. Since then Opec has largely controlled the global price of oil, until shale oil in the US came along.

As British columnist Philip Coggan writes in More: The 10,000-Year Rise of the World Economy: “In the 1990s, a few enterprising wildcatters had attempted to release gas from rock formations deep below the ground in America… The technique worked for oil as well as gas. Thanks to fracking [as the drilling technique came to be referred as], US oil production rose from 5 million barrels per day (mbd) in 2005 to 7.5 mbd in 2013 and 10mbd by 2018." This oil is referred to as shale oil. Towards, the end of 2019, the production was close to 12.8 mbd.

In 2018, the US, thanks to shale oil, became the largest producer of crude oil in the world, after many decades. This huge jump in American production has broken Opec’s pricing power and since 2016, it has had to operate production cuts along with Russia—the other big oil exporter—in order to sustain prices.

This structure, which had Saudi Arabia- led Opec teaming up with Russia and other oil exporting countries, has come to be referred as Opec +. The Opec + group met in Vienna earlier this month but failed to agree on production cuts.

With the coronavirus epidemic spreading out of China to the Western world, oil demand is expected to take a beating this year. As per the International Energy Agency, global demand will fall by 90,000 barrels per day in 2020. Falling demand would have led to a fall in prices.

In 2017, China overtook the US to become the largest oil importer in the world. In 2019, China imported close to 10 mbd. With the coronavirus outbreak shutting down economic activity in the country, imports are expected to fall in 2020.

In order to counter this, Saudi Arabia wanted Opec + to cut output by around 1.5 mbd. This cut amounts to around 1.5% of the total global supply of 100.89 mbd.

But the Russians did not agree. They feel that higher oil prices essentially benefit the US shale oil industry. The Dallas Fed Energy Survey suggests that for shale oil to be a viable proposition, crude oil price needs to be more than $50 per barrel. Production cuts by Opec+ lead to higher oil prices and this ensures that more shale oil producers become viable.

With Russia refusing to play ball when it comes to production cuts, the Saudis decided to go exactly the opposite way and decided to increase oil production. State-run Saudi Aramco said on Wednesday it was making maximum efforts to boost its oil production capacity to 13 million barrels a day (mbd) from 12 million. The country has been pumping around 9.7 mbd over the last few months. This is now expected to touch 12.3 mbd, with the county cranking up its reserve oil wells.

What about Russia? It seems the country can balance its budget at an oil price of anywhere from $40-50 per barrel, depending on which estimate one believes. As Energy Capital editor David Strahan wrote in The Last Oil Shock: “Since their heydays in the early 1980s, Saudi finances have deteriorated badly."

Clearly, Saudi Arabia is not in a situation to sustain low oil prices for long. Given this and the fact that many US shale producers are likely to go bankrupt with the oil price falling below $50, pumping up production, at best seems like a short- to medium-term strategy for Saudi Arabia.

Vivek Kaul is an economist and author of the Easy Money trilogy.