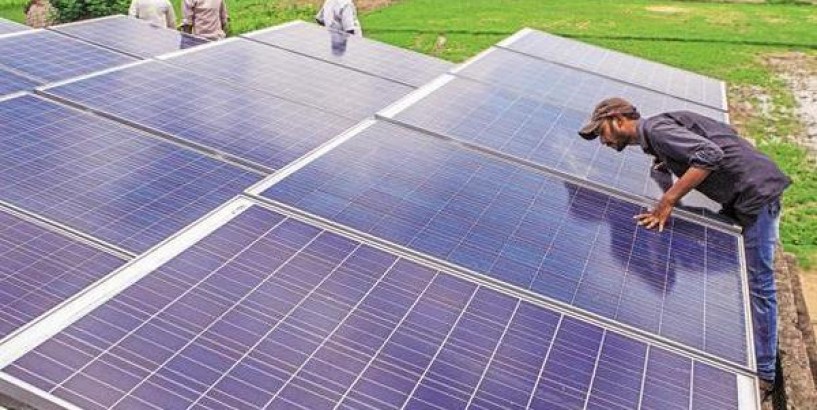 India’s ambitious plan to take the leadership position among nations as one of largest producers of renewable energy may have run into some unfavorable weather.

Freak climatic conditions are damaging renewable energy projects, threatening a business which survives on wafer-thin margins. A storm in India’s Rajasthan state, known for its deserts and sunny days, tore through a solar park and blew away modules of various developers. In the adjoining state of Madhya Pradesh, a generator found sections of his project submerged in 10 feet of water due to unseasonal rains.

“We’d done a study of 50-year pattern of water-flow in the area and this time it exceeded that pattern," said Manu Srivastava, the chairman of Rewa Ultra Mega Solar Ltd, a joint venture between state-owned Solar Energy Corp. of India and the Madhya Pradesh government. The project has installed capacity of 750 megawatts.

Extreme weather events seem to have become the latest risk to Prime Minister Narendra Modi’s renewable energy goal to quadruple solar power generation to 100 gigawatts by 2022. India may further push it to 440 gigawatts of green power by 2030, the country said in its latest forecast this month.

The South Asian nation has been witnessing a rise in unexpected weather events. About 400 people were killed in floods in the southern state of Kerala state last year after rains in first fortnight of August were over 150 percent higher than the average. Over 2,400 lives were lost in India due to cyclonic storms, flash floods, landslides and cloudburst in the year ended March, Babul Supriyo, junior environment minister said in Parliament earlier this month.

The World Bank-funded Rewa Ultra Mega Solar Power park received exceptionally heavy rains and winds on the night of July 5 that flooded a nearby drainage, submerging parts of project under water, according to the state government. Acme Cleantech Solutions Pvt., the producer of some of the cheapest clean power in the world, lost over a 1,000 modules in a storm in May at its project in Rajasthan.

It’s not just unpredictable rainfall but also solar radiation in India that can no more be taken for granted. Over the last 6-8 months radiation has been lower by 4% to 6%, hurting power generation, according to Vinay Rustagi, managing director at renewable energy consultancy Bridge to India Energy Pvt.

“We haven’t seen any systemic analysis of weather risks partly because the sector is still very new," Rustagi said.

The race to bid lower tariffs has also prompted some developers to contain engineering and structural costs, making them more vulnerable to extreme weather phenomena. That’s left the financial sector worried, which has been betting big on solar power given the number of sunny days the country experiences.

“The uncertainty is a growing concern among lenders and financiers," said Anurag Rastogi, chief actuary and chief underwriting officer at HDFC ERGO General Insurance Co Ltd, adding that his company has seen claims in the first year of the launch of their insurance product for solar projects. This story has been published from a wire agency feed without modifications to the text. Only the headline has been changed.