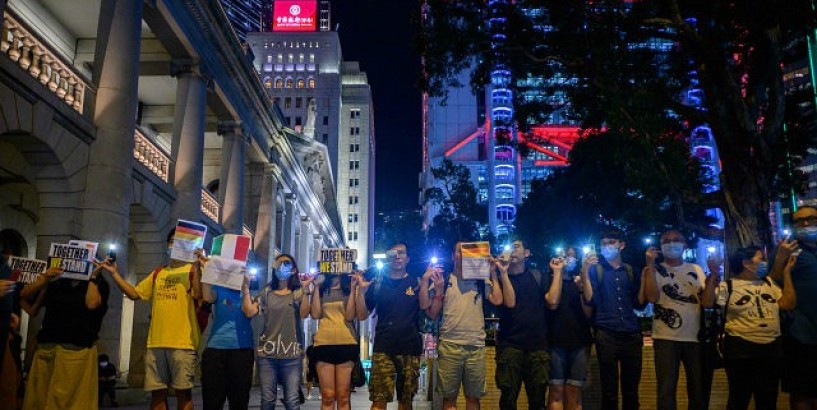 ‘This Is the End of Hong Kong’: China to Vote on Crackdown Law

If we surrender Hong Kong without a fight, we will pay dearly for that decision, when China takes a foothold on our doorstep and uses it to attack our mainland, because war between western civilization and the growing Chinese Empire is inevitable. The only question is, will it begin when they are most ready for it, after they have already seized or subjugated all of our allies in Asia, or will it begin at the best possible time for us, when China is at its weakest, and when our allies in Asia can still surround China and fight the Chinese with our backing?

The reason this is happening now is entirely because China wants to eliminate the latter of those two options immediately, because they fully realize the strategic value of Hong Kong, and how devastating it would be for our side to lose it without a shot being fired.

Act now, though, and most of Hong Kong will be on our side, along with nearly all of Asia, except for China and North Korea, because every other country in Asia knows that they will be next.