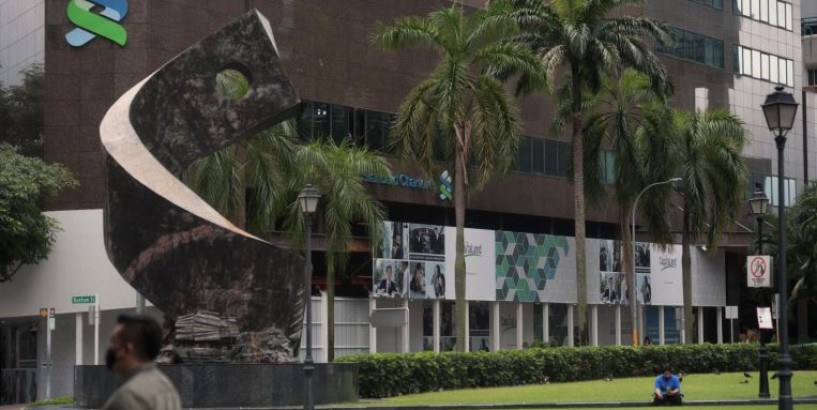 HONG KONG (REUTERS) - Standard Chartered on Thursday (July 30) posted a 33 per cent fall in its first-half profit, as the bank boosted its credit impairment charges by six-fold as a result of the Covid-19 pandemic and economic downturn in its main markets.

Pre-tax profit for StanChart, which focuses on Asia, Africa and the Middle East, dropped to US$1.63 billion (S$2.24 billion) in the January-June period from US$2.41 billion in the same period last year, the London-headquartered bank said in a stock exchange filing.

The latest profit compared with the US$1.53 billion average of analyst estimates compiled by Standard Chartered.

StanChart said it expected income to be lower in the second half, reversing its more optimistic note in April when the bank said it expected its main markets to lead the economic recovery from the virus outbreak as early as later this year.

Indicating headcount cuts at the bank to reduce costs, StanChart said it was accelerating some elements of existing projects aimed at creating a leaner organisation as well as developing some new expense reduction initiatives.

The bank reiterated that it will not pay dividends for the time being following a request from Britain's Prudential Regulation Authority, adding it hoped to resume payments "as soon as prudently possible".

The Covid-19 pandemic, which has infected more than 16.5 million people across the world, is hitting businesses - from retail to aviation - globally as governments freeze economies to slow its spread.

StanChart's credit impairment in the first-half rose to US$1.58 billion from US$254 million a year earlier, the statement showed.