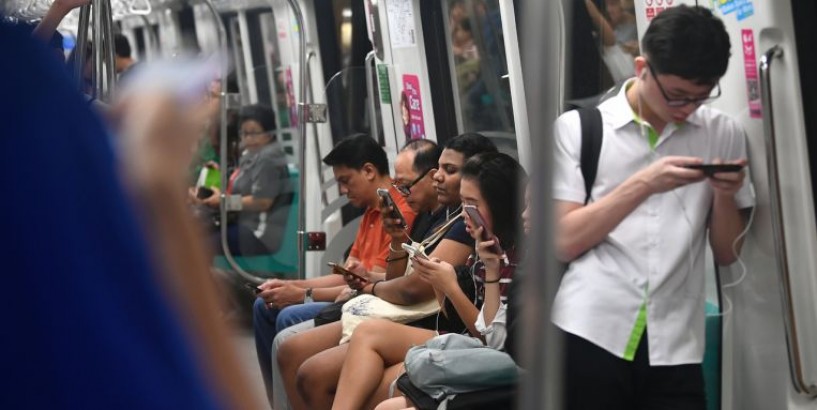 SINGAPORE (THE BUSINESS TIMES) - Singapore has emerged third in a study by mobile analytics firm Opensignal, which compares the mobile network experience of users in six major Asia-Pacific (APAC) cities in the three-month run-up to the launch of 5G networks in these markets.

The other five cities are Hong Kong, Seoul, Sydney, Taipei and Tokyo, all of which have already rolled out 5G networks.

Opensignal senior analyst Sam Fenwick on Tuesday (July 28) said Singapore had "some catching up to do" in certain aspects of the mobile network experience, which were "exacerbated by its status as a relatively late-comer to 5G".

In terms of upload speed experience, Singapore ranked second - behind Seoul - among the six cities.

In video experience, it tied for second place with Taipei, with Tokyo taking the top spot.

Singapore came in third for 4G availability (measured by the proportion of time users were connected to 4G services); Seoul and Tokyo tied for the highest score.

Mr Fenwick said that, in the absence of 5G coverage, a 5G smartphone will fall back to using a 4G network. This means that the mobile network experience prior to the launch of 5G has "an important and enduring influence" long after 5G networks are up and running.

He noted that Singapore is expecting nationwide 5G coverage only by 2025. There will thus be a period in which 5G users will spend the majority of their time connected to 4G.

"The extent to which Singapore's mid-table 4G availability will impact its competitiveness in terms of mobile connectivity will hinge on just how quickly its operators roll out 5G, and how quickly users buy new 5G smartphones," he added.

Mr Fenwick pointed out that Singapore's 5G operators had the use of large quantities of mmWave spectrum, which has extremely high capacity but limited reach.

"The compact geography of Singapore means it is ideally suited to a wide mmWave 5G deployment, which will boost Singaporeans' overall download speeds," he said.

However, he added that the nation's humid climate would likely "discourage long outdoor sessions of smart-device use - which matters, given mmWave's poor indoor penetration".

"If Singapore wishes to quickly move up the rankings in terms of average download speeds, then its operators will need to rapidly deploy 5G coverage while giving their customers compelling reasons to upgrade their smartphones," he said.

He pointed to Infocomm Media Development Authority data that 18 per cent of all mobile subscriptions in Singapore in Jan 2020 were for 3G, adding that initiatives to convert 3G users into 4G and/or 5G users could help the nation improve its download speed experience.

He also noted that average 5G speeds were "very significantly higher" than 4G speeds in South Korea and Australia, as operators there benefited from large amounts of new spectrum used for 5G services.

However, there is less new 5G spectrum available for initial 5G services in Singapore, due to the widespread existing use of the C-band for satellite TV services in the region.

This means Singapore's operators must consider how to achieve higher speeds and remain competitive with other 5G cities, Mr Fenwick said.

He noted, however, that the nation has the potential to leapfrog rival 5G cities by jumping straight to a newer version of the 5G standard, compared to the one used in most 5G services around the world.

Singapore's two 5G operators - Singtel and a StarHub-M1 joint venture - are planning to deploy 5G standalone access technology, which does not require a 4G signal for a 5G smartphone to connect to 5G.

In contrast, the other cities in Opensignal's study launched with 5G in non-standalone mode.