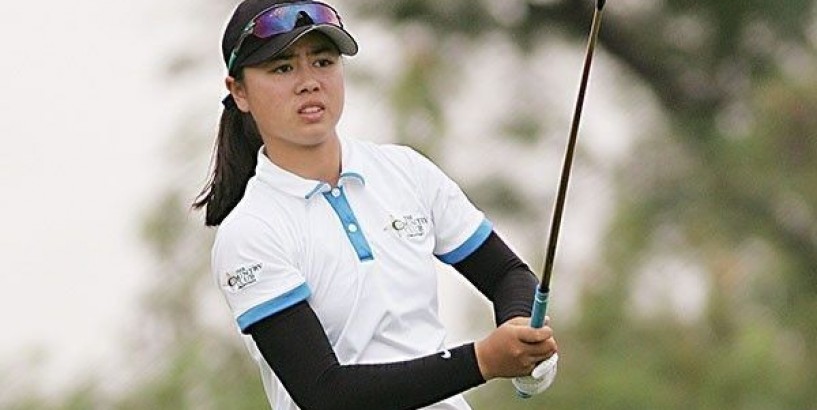 MANILA, Philippines – Power-hitting Yuka Saso tries to pick up from where she left off, shooting for a second straight victory in the LPGA of Japan Tour in Otaru City in Hokkaido starting Thursday.

A fiery windup led to an emphatic victory in the NEC Karuizawa two weeks ago in Nagano with the Fil-Japanese shotmaker, 19, setting out for the $1.8 million Nitori Ladies tournament brimming with confidence and with the proverbial momentum.

Subsequently, she’ll have the bull’s-eye on her back with the elite field going all out to prick the 2018 Asian Games double gold medalist’s growing bubble at the Otaru Country Club.

Saso, who moved to No. 2 in the JLPGA money derby with P10.5 million in winnings after two events, said she’ll just stick to her game plan and hope to seize the moment again with a combination of power and ball control rarely seen in a young player barely warming up for the pros.

The two-time Philippine Ladies Open titlist hopes to get going on an early 7:05 a.m. start with local ace Lala Anai and Lee Ji-Hee of Korea at the backside of the predominantly level terrain layout with fairways bounded by stands of implanted trees, all focused not only on another championship but also on keeping her spot in the JLPGA ranking.

“I’m focusing to maintain my ranking but it’s a process and I try to do my best in every tournament,” said Saso.

She’s must be also training her sights on the juicy $340,000 top purse, roughly P16 million, in the no-gallery event.

Earth Mondahmin Cup winner Ayaka Watanabe and joint second player AI Suzuki and NEC Karuizawa runner-up Fujita Saito and last year’s top amateur Yuka Yasuda banner the crack cast in the four-day championship kicking off a gruelling eight-straight tournament that will keep the field busy in the next three months. Next stop is in Gifu then in Okayama, Aichi, Miyago, Fukuoka, Shizuoka and back to Chiba, which hosted the first official JLPGA event last June after the pandemic.