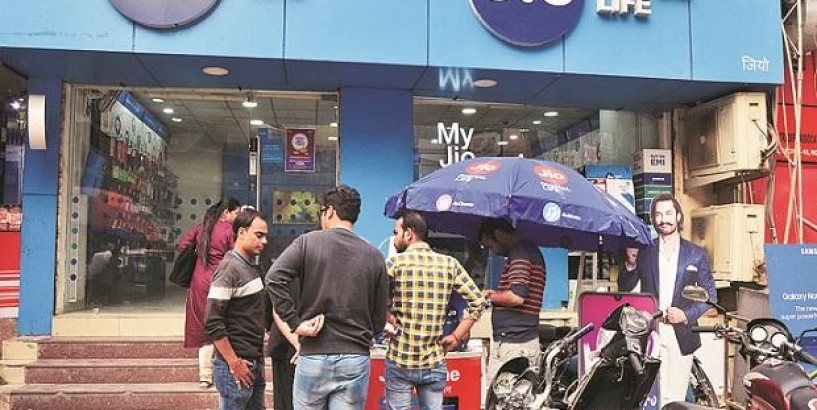 Reliance emerging as bigger threat for US giants like Amazon, Walmart, Zoom

A $20 billion fund raising spree may take India's Reliance closer to its dream of becoming a digital giant, further threatening the ambitious plans US companies like Amazon, Walmart and Zoom have for India.

Stake sales in Reliance's digital unit Jio Platforms attracted not just private equity and sovereign wealth funds but also Google and Facebook, a strong endorsement for an enterprise that until a few years ago focussed largely on oil refining.

Reliance has a track record of disrupting rival businesses. With cheap smartphones and data plans, its telecom venture Jio has in four years dethroned market leaders Vodafone Idea and Bharti Airtel to become the largest telecom operator in India.

"Jio Platforms not only has the backend infrastructure and development capabilities but also an ever expanding captive consumer base," said Mayank Vishnoi of Singapore-based financial advisory firm Resfeber International.

ALSO READ: M&A up 14.55 % in H120 led; Jio Platforms investments up deal value "The addition of new digital products targeting various sectors will pose threats to many large dominant players. Having strategic partners like Facebook and Google validates that Reliance gameplan is real."

The recent stake sales gave Reliance a foreign partner for JioMart, which was launched this year. Facebook's WhatsApp, which counts India as its top market with 400 million plus users, will work closely in connecting small retailers to JioMart.

"We will cover many more cities, serve many more customers across India, and expand to many more categories," said Ambani.

Asked about the potential impact on foreign businesses eyeing India, one local industry executive who advises U.S. multinationals said: " Amazon and Walmart should be scared."

To be sure, Reliance will face stiff competition from Amazon and Walmart's Flipkart, as both companies have deep pockets and an already well-established warehousing and logistics supply chain in the country.

Walmart, Flipkart and Amazon did not immediately respond to a request for comment.

Reliance also has a retail footprint of around 11,000 stores across 6,700 cities that offer a wide array of products. It has also partnered with over 45 top international brands including Tiffany & Co, Burberry and Jimmy Choo.

Senior leadership at Flipkart has started keeping close tabs on Reliance, and there is a fear the Indian company will have an added advantage from the regulatory perspective, two sources close to the company told Reuters.

The Ambani family is viewed as being well-connected politically. Amazon and Walmart have had regulatory troubles and face far tighter government oversight in India, where the prime minister has been promoting self reliance.

On Wednesday, the company said it will develop education and healthcare solutions via its JioMeet video conferencing tool that saw 5 million users within days of its launch this month. JioMeet has a starkly similar design to its rival, U.S. based Zoom Video Communications.

Zoom said this month it had plans for a significant investment in India. Asked about Reliance, Zoom said it had experienced intense competition in the past but we "know what it takes" to become a platform of choice.

ALSO READ: Reliance Jio unveils JioGlass to expand presence in virtual reality space "This threat is real," one U.S. tech executive in India said about Reliance. "As of now, it's not changing the game, but that view can change in a year from now."