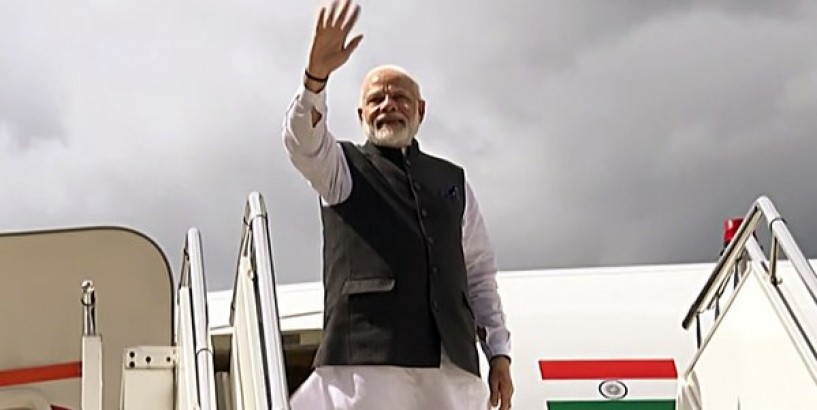 “PTC India Ltd (PTC) signed Power Purchase Agreement (PPA) with Druk Green Power Corporation Limited (DGPC, A Royal Bhutan Govt. Company) for purchase of surplus power from 720 MW Mangdechhu Hydro Electric Project in Bhutan for 35 years. Government of India has designated PTC as the nodal agency from Indian side to purchase this power from Bhutan," PTC said in a statement on Monday evening.

Electricity from the run-of-river power plant built on the Mangdechhu River in Trongsa Dzongkhag District of central Bhutan will be supplied to Assam, Bihar, Odisha and West Bengal.

Cross border energy trade is a key part of Prime Minister Narendra Modi’s South Asia-focused neighbourhood-first policy. India has also been playing a key role in creating a new energy security architecture for its neighbours against the backdrop of China’s Belt and Road initiative aimed at connecting countries across Asia, Africa and Europe.

“The project is funded by a mix of debt and grant from the government of India. The project is estimated to generate 2,923 GWh (2.923 BUs) of electricity and offset 2.2Mt of CO2 a year. The generated energy will be transmitted to India through Jigmeling and Salakati Sub-station," the statement added.

Bhutan, strategically located between India and China, has the potential to generate 30,000 MW of hydropower, but has a capacity of just 1,490 MW. According to the Indian embassy in Thimphu, hydropower exports provide more than 40% of Bhutan’s domestic revenues, and constitute 25% of its gross domestic product (GDP).

“With commissioning and starting of supply from Mangdechu, PTC will be managing around 2130 MW of hydro capacity from Bhutan. The hydro power shall help in meeting the dual objective of green power requirement and negligible environmental impact. Further, he added that PTC’s relationship with RGoB goes back to 2002 when Chukha HEP power was assigned to PTC. This arrangement of power trading has resulted in a strong mutually beneficial relationship between two neighbouring countries," Deepak Amitabh, chairman and managing director, PTC India Ltd, said in the statement.

India has been supplying electricity to Bangladesh, Nepal and Myanmar. This comes in the backdrop of India pitching for a global electricity grid at the first general assembly of the International Solar Alliance (ISA). India has also been championing for a South Asian Association for Regional Cooperation (Saarc) electricity grid that envisages meeting electricity demand in the region.

Prime Minister Narendra Modi on Sunday outlined a new blueprint for cooperation between India and Bhutan, identifying space, education, and health as areas that would add a fresh dimension to ties dominated so far by cooperation in the hydel power sector.

Modi’s trip was his first to Bhutan since the China-India military face-off in 2017, triggered by an intrusion of Chinese troops into the territory claimed by Bhutan. It aims to diversify India’s partnership with the Kingdom from cooperation in the hydro-power sector to enhance trade and linkages in space and education. It comes in the backdrop of efforts by Beijing to woo Thimphu as well as calls within sections of the Bhutanese political establishment for stronger diplomatic ties with China and a shift away from its hydel power ties with India.

As part of India’s economic diplomacy, including efforts to exert strategic influence in its neighbourhood with infrastructure development, India is helping Bhutan build a 10,000-MW of hydropower project with concessional finance, with the overall investment expected to be about $10 billion. Apart from hydropower projects, India has also helped Bhutan build the Penden cement plant, Paro airport and the Bhutan Broadcasting Service Station.