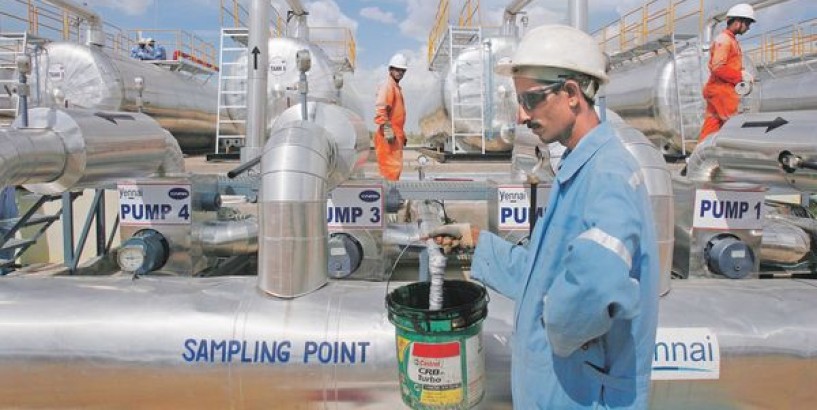 New Delhi: Crude oil crashed more than 30% on Monday in the sharpest plunge since the 1991 Gulf War after the collapse of the Opec+ alliance talks triggered a bloody price war, with both Russia and Saudi Arabia set to flood the market with cheap oil.

Indian markets followed the global equities meltdown. While shares of most domestic oil marketing companies (OMCs) rose, oil and gas explorers saw a severe sell-off. The fall in crude oil prices has placed major consumers such as India at an advantage. India is the world’s third-largest crude oil buyer and the fourth-largest liquefied natural gas importer.

In what may exacerbate the fall in energy prices, Paris-based International Energy Agency lowered its annual global demand forecast for the first time since 2009. The world’s premier energy monitor expects a 90,000 barrels a day fall in demand in 2020, reducing global oil consumption estimate to 99.9 million barrels a day.

Crude prices fell after Russia refused to agree to Opec’s proposal for an additional production cut of 1.5 million barrels per day (mbpd), amid the demand slump, at the Opec plus meeting in Vienna on Friday. Russia’s decision was guided by geostrategic play in denying the production cut benefits to US shale oil producers, in the run-up to US presidential elections.

“According to most estimates, demand might crash by 4 million barrels a day in Q1 and overall in 2020, demand would come down by a million barrels. With the all-out volume war, low marginal cost producers such as Saudi Arabia, Iraq ($3-5/barrel marginal cost of production) and Russia on shore ($16-18 /barrel) will survive. Some high-cost US and Canadian shale (in excess of $40/barrel), Russian arctic and some Brazilian offshore etc will go out of production at these prices," Mishra said.

Analysts have predicted that the unfolding scenario may help India manage inflationary and fiscal pressures.

Every dollar per barrel drop in crude prices reduces India’s oil import bill by ₹ 10,700 crore on an annualized basis. Retail prices of petrol and diesel in India track global prices, not crude, but are broadly linked to crude oil price trends.

Retail prices of petrol and diesel, which have been on a decline, fell further on Monday. A litre of petrol costs ₹ 70.59 in Delhi, while diesel costs ₹ 63.26 per litre.

Madan Sabnavis, chief economist, Care Ratings, said fall in crude prices augurs well for the Indian economy. “We assume at the macro level, a dollar decrease in prices on a permanent basis would decrease the import bill by roughly $1.6 billion per annum. Thus the fall in crude oil prices will further aid in softening the current account deficit," he added.

The cost of the Indian basket of crude, which averaged $56.43 and $69.88 per barrel in FY18 and FY19, respectively, averaged $65.52 in December, according to data from the Petroleum Planning and Analysis Cell. The price was $47.92 a barrel on 6 March. The Indian basket represents the average of Oman, Dubai and Brent crude.

The fall in crude prices could lead to positive terms of trade for the third-largest oil importer that could reduce inflation and boost domestic demand if the benefits are transferred to consumers. Lower oil prices also have an indirect impact through lower production and transportation costs and could put downward pressure on food inflation.

While Indian oil companies bought crude oil as of December at around $68 per barrel, oil marketing companies (OMC) now plan to buy more oil at spot prices as they look attractive. The refiners usually buy crude in a 70:30 ratio of term cargoes vis-à-vis spot deliveries.

OMC executives said though the current oil price situation may result in inventory losses for refiners, it is good news for consumers as it will bring down the pump prices, pushing demand.

Kalpana Pathak and Nasrin Sultana from Mumbai, and Asit Ranjan Mishra from New Delhi contributed to this story.