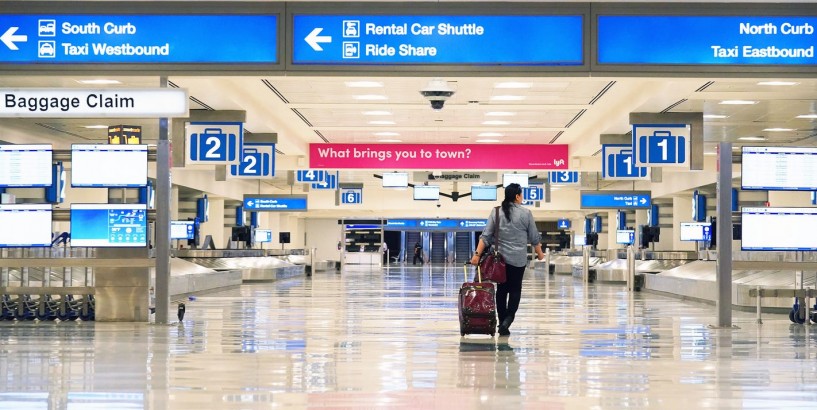 There will be no first glimpse of the Eiffel Tower. No strapping on a backpack for a trek through the Alps. No choir trips to Italy, no families posing next to the guards at Buckingham Palace, no couples honeymooning on the beaches of Rio de Janeiro. Today is the first full day of summer, traditionally a time when Americans young and old begin excursions to foreign countries — for fun, school, or visiting friends and family. But for the first time in anyone’s memory, we won’t be taking those trips in June — and maybe not all summer. Not because we can’t afford it. Because we are not permitted. “Stay out,” we are told by many countries. “Borders closed,” we are told by others. We can’t even drive to Canada for the weekend! Grounded. COVID-19 has robbed us of many normalcies of our daily lives. Travel, sadly, is one of them. There are a handful of nations you can still visit — Mexico, some Caribbean islands, a few countries if you are willing to quarantine for 14 days once you arrive. But for the most part the world, for Americans, is temporarily closed. Isn’t it strange? To have doors shut on us? Americans are used to their dark blue passports granting passage to almost anywhere. Now we are unwelcome, seen as potential disease-carriers. Our high COVID-19 numbers have made countries roll up the red carpet that usually welcomes our plane tickets and our dollars. And now we know how some international visitors feel when they want to come here. Grounded. Of course, we are not alone in these shutdowns. Travelers from global hot spots are generally not welcome across international borders. But Americans have been spoiled. We are used to relatively free access. If we can afford the trip, we usually can take it. For the moment, that is gone. In Europe, you can travel country to country as a European Union member, but you pretty much can’t land anywhere as an American. Asia is virtually off-limits. Most of South America, too. Australia just announced it is likely keeping its borders closed until next year. Next year? And even if a country is willing to admit us, most Americans are in no hurry to board a plane. A survey in May showed only 16 percent of U.S. adults would travel on a commercial plane the first day the government sounded the “all-clear” on COVID-19 restrictions. And that’s if they could find a plane. United Airlines cut its flights by 90 percent last month and is doing the same for June. Airports are ghostly. What planes are flying often lift off half-empty. There’s a popular travel book series called “Lonely Planet.” Who knew that would be the headline for 2020? Now, some might view this as minor. With the economic wallop that COVID-19 has brought us, and the accompanying rise in unemployment, some might think lamenting international travel is a luxurious whine. Not so. You cannot understand the world if you see only your part of it. Those affected by these travel bans go far beyond honeymooners and wealthy backpackers. Charity groups, relief efforts, humanitarian aid, exchange programs and educational opportunities are all shut down when the borders close. That couple who was going to do mission work? That relief group that was going to build a well to save a village? That grandmother who was finally going back to her homeland? That teenager who was going to see a part of the world that doesn’t have iPhones? All lost. Grounded. For me, this is an especially strange feeling. I was lucky to begin traveling internationally as a teenager. I never stopped. From backpacking to youth hostels to Eurail passes to — when I finally made some money — airplanes, summer was the season to see new places, explore new cultures, dip into new languages — and as a journalist, find new stories. A hurricane in Honduras. A typhoon in the Philippines. Walking the Great Wall of China. Running with the bulls in Pamplona. A series on former NBA stars trying to hang on in Italian leagues. Olympic Games in Australia, France, South Korea, Yugoslavia. My greatest growth, as a writer and a human being, has come from being able to see conditions around the world, then come home and put the blessings of America in perspective. And for the past 10 years, I have traveled to Haiti, every month, to operate an orphanage. Thanks to COVID-19, for the first time in a decade, I have had to miss a trip. Three, actually, and counting. Can’t bring books or medicine, can’t hug the children. They are locked down, too. Who knows when it will end? The virus initially spread here through travel. Without a cure in sight, borders will continue to be handled nervously, like tossing around live grenades. Grounded. It might not be the first thing people complain about in this year of the coronavirus, but like so many absent aspects of our lives, it is missed, desperately. No study abroad in Madrid. No family reunion in Italy. No visiting your sick mother in New Zealand, your newborn grandson in Japan, your old college friend now living in Sao Paulo. Doors are closed. Borders shut. We are staying put, left to dream about vaccines and 2021. Travel is growth. For now, ours is stunted. Contact Mitch Albom: malbom@freepress.com. Check out the latest updates with his charities, books and events at MitchAlbom.com. Download “The Sports Reporters” podcast each Monday and Thursday on-demand through Apple Podcasts, Google Play, Spotify and more. Follow him on Twitter @mitchalbom.