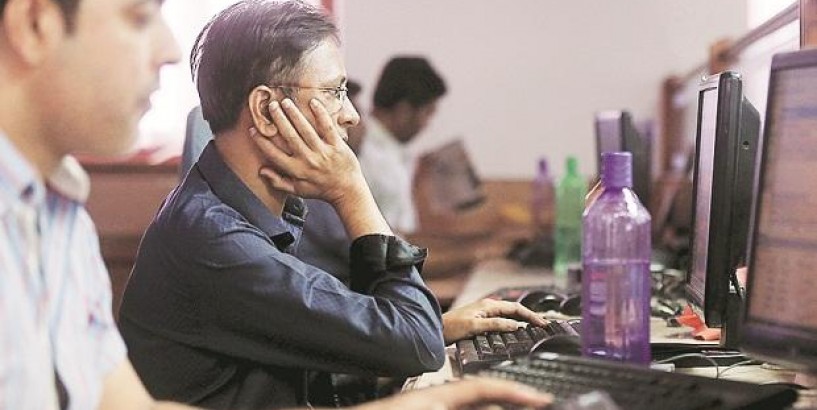 Fluctuating crude oil prices, movement in rupee and minutes from the US Federal Open Market Committee’s (FOMC) meeting are likely to sway investor sentiment ahead of November-series futures and options contract expiry on Thursday. That apart, markets will look forward to the meeting between the US and Chinese presidents at the G20 summit in Buenos Aires this weekend.

On the global front, Asian stocks rose tracking a Wall Street rally as dovish comments from Federal Reserve Chair Jerome Powell boosted investor sentiment towards riskier assets. The Fed chair said on Wednesday that US policy rates were “just below” neutral, less than two months after saying rates were probably “a long way” from that point.

Sun Pharma: Shares of the drug major are likely to remain in focus as a social media post flagging governance concerns created panic among the company’s investors Tuesday. "The post had raised concerns about the auditors of Sun Pharma’s subsidiaries, alleged possible conflict of interest involving one of the promoters, alleged complicated web of entities associated with the promoter group, and other alleged lapses of governance in the operations of the business," said a report by the Economic Times.

Jet Airways: Naresh Goyal-run Jet Airways is said to have agreed to give up its controlling stake, paving the way for Abu Dhabi-based Etihad Airways to increase its holding in the troubled Indian airline up to 49 per cent — the maximum permissible limit for a foreign entity. At present, Etihad owns 24 per cent of Jet Airways, while Goyal holds a 51 per cent stake.

TCS: India’s largest IT service provider Tata Consultancy Services (TCS) seems to be actively getting back to mergers and acquisitions space after focusing only on organic growth strategy for almost last five years.

HUL: Anglo-Dutch consumer goods company Unilver PLC has emerged as the top contender for the nutrition business of GlaxoSmithKline consisting of popular brands like Horlicks in India, media reports has suggested.

Allahabad Bank: The state-run lender has increased MCLR by 10 basis points across various tenors. Overnight MCLR at 8.15 per cent and one year MCLR at 8.65 per cent.

SpiceJet: The budget passenger carrier SpiceJet on Wednesday deposited an additional bank guarantee worth Rs 200 million to the Airports Authority of India (AAI). The development comes after reports said the AAI had issued a notice to the airline for non-payment of dues.

Indoco Remedies: The company has commissioned a new state-of-the-art API manufacturing facility at Patalganga on 27 November 2018.