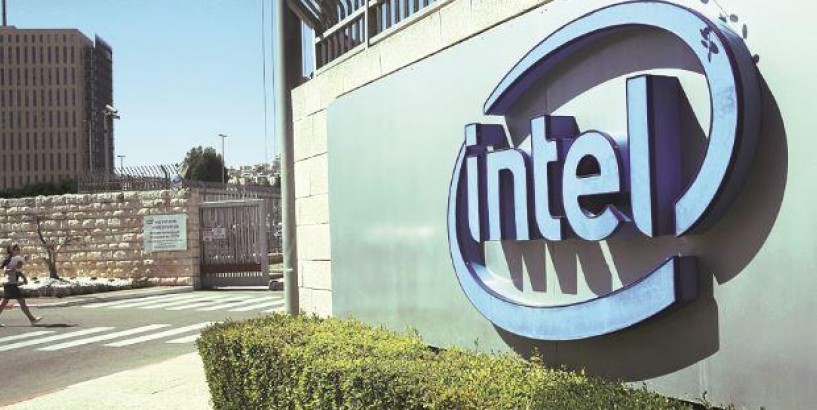 Intel a symbol of big tech's with missed opportunities, failures

Business Standard Intel a symbol of big tech's with missed opportunities, failures Government backing for smaller rivals is smarter than wasteful handouts to a company that has lost its way //mybs.in/2YOrws8 The US lawmakers are considering a $25-billion subsidy programme for chip manufacturers, ostensibly to compete with China, whi­ch heavily underwrites its own companies ALSO READ 'Home-run quarter' for Tesla; stock extends gains, gets upgraded

As if to symbolise the US de­cline, a giant of American in­dustry is being overtaken by foreign rivals. Intel Corp. , the company that once marked the US dominance of the semiconductor industry, has announced that the introduction of its new flagship series of computer chi­ps, 7nm CPUs, will be a year behind schedule. This is after its previous generation of chips, 10nm CPUs, took much longer than expected.

Intel, unlike many semiconductor companies, designs and fabricates its own chips. On the design front, it’s being overtaken by domestic rivals and the UK-based ARM Ltd, which recently sna­tched Apple Inc.’s business away from Intel. On the fabrication side, Intel is lo­sing ground to Taiwan’s TSMC, which specialises in manufacturing chips for other companies and which has had little trouble making its own new generations of chips on time. TSMC now has a higher market value of the two companies.

Intel’s failures probably come as a result of various factors that are specific to the company itself. Some observers say that by insisting on vertical integration, Intel missed out on the opportunity to learn from the innovations generated by other companies (it’s now working on switching to a less integrated model). Its focus on its existing high-end markets caused it to stumble in newer markets for cheaper chips — a classic case of the so-called innovator’s dilemma. It also made some bad decisions about fabrication technologies, and it suffered from various personnel issues at the top.

Some, however, will probably see Intel’s stumbles as a sign that the US isn’t doing enough to back the semiconductor industry. That will intensify calls for the government to step in and support the ailing giant. Already, lawmakers are considering a $25-billion subsidy programme for chip manufacturers, ostensibly to compete with China, whi­ch heavily underwrites its own companies. Intel, already one of the biggest recipients of government subsides, and whose chief executive officer has lobbied for the new Bill, would un­dou­bted­ly reap a significant portion of the windfall.

Indeed, there are some good reasons for the US government to boost the chip industry. National defence is one. Co­mputer chips are essential to modern warfare, and it’s too risky to let China have a stranglehold on high-level control circuitry. Taiwan is a de facto US ally, but if it gets blockaded in a conflict with China, the US could be cut off from TSMC’s factories and lose access to critical chip supplies at the worst possible moment.

Industrial clustering is a second reason to want a domestic semiconductor industry.

Chipmakers, like all high-tech companies, employ lots of skilled wo­r­kers; having them in the US creates a deep pool of talent and ideas that other companies located nearby can take ad­vantage of, encouraging other tech in­dustries to locate in the country as well.

But there are more efficient ways to accomplish those goals than to throw money at one big, dominant company. Intel has been spending tens of billions of dollars on stock buybacks in recent years, halting only recently during the coronavirus pandemic. Buybacks, like dividends, are a way of returning cash to investors; basic corporate finance theory says that companies do this when they have more cash than they know how to invest productively.

Thus, throwing government money at an ex­isting champion such as Intel is likely to fatten shareholders’ pockets rather than galvanise a wave of world-beating new investments.

Instead, the government can pursue semiconductor dominance in more eff­ective ways. The first is to encourage TSMC to put chip plants in the US, re­ducing the risk of Taiwan being isolated in a conflict. This already is beginning, and the Taiwanese chipmaker is planning a $12-billion facility in Arizona.

Second, the US can help encourage new chip manufacturers to get be­tter at competing with Intel. An analogy is the auto industry, where the most cutting-edge innovation in recent years has come not from es­tablished — and heavily subsidised — giants su­ch as Ford Motor Co. and General Motors, but from upstart innovator Tesla Inc., a beneficiary of tax breaks for clean-energy vehicles and which is now worth more than both older companies combined. In addition to encouraging innovation, new companies provide diversification, so that an industry doesn’t pin all its hopes in one or two big established players. And adding more companies fosters healthy competition as well.

The US needs more dynamic new companies of the Tesla variety. But as Andy Grove, one of Intel’s founders, warned in 2010, it can be difficult for smaller US companies to scale up to compete with giant foreign rivals; it’s difficult for modern upstarts to do what Intel managed to do. Although capital is cheap on paper, the US financial system isn’t set up to dish out the large sums of cheap money that young manufacturing companies need to scale up to Intel-like size; even Tesla has skirted the edge of bankruptcy multiple times.

GlobalFoundries, a US company whose business model is similar to that of TSMC, has been unable to bear the research and development costs necessary to stay at the leading edge.

This could be addressed with a version of Grove’s suggestion for a government-led scaling bank, which would provide che­­ap financing for you­ng companies to grow and reach the technolo­gical frontier. Instead of unconditional cash subsidies, these loans would be contingent on investment and growth. And they would be temporary in nature; whether a company succeeded in becoming a new high-tech giant, its access to the spigot of cheap fi­nancing would be finite.

Industrial policy is sometimes necessary, but it’s a tricky thing to get right. By helping upstart high-tech manufacturing companies scale up, the US might be able to support strategic industries while retaining the benefits of market competition.