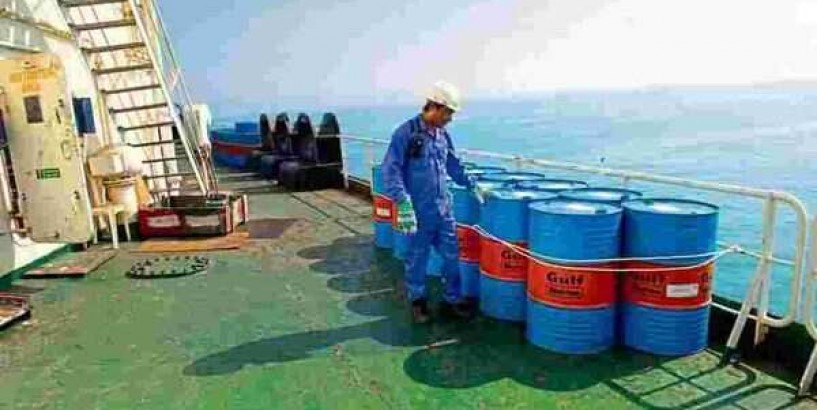 NEW DELHI : As the crude oil market fell into a bear mode following the global spread of coronavirus , India's oil import bill also fell by about 10% in FY20. According to provisional data from Petroleum Planning and Analysis Cell (PPAC) of the petroleum ministry, India's oil import bill went down to $101.4 billion in FY20 as against $111.9 billion in previous fiscal FY19.

Crude oil prices have fallen to about $30 a barrel now as against a high of over $70 a barrel in September and again in January this year. A one dollar fall in crude oil price results in reducing country's import bill by almost ₹ 2,900 crore while a rupee fall in value of currency against dollar results in increased spending by up to ₹ 2,700 crore.

The lower import bill last year came even as quantum of imports increased marginally to 227 million tonnes (MT) from 226.5 MT reported in the previous fiscal. The fall has come mainly on account of generally lower crude oil price in FY20 with the sharp decline of over 50 per cent witnessed in March.

The low oil price of around $20 a barrel in April, and expectation that crude may average between $30-40 a barrel in FY21, country's oil import bill could reach its all time low levels in many many years in current fiscal. The potential is it could fall to $ 64 billion in FY 21, the same as FY 16 when crude prices slipped below $26 a barrel.

While India imported crude oil worth $ 112 billion in FY 19, its import bill transited substantially lower in the previous three financial years with oil import bill standing at mere $ 64 billion in FY16 when oil prices slipped on over supplies, especially with the entry of US shale oil.

Lower volume of crude processing by fuel refiners is also expected to have an impact on import bill.

For India lower oil prices acts as big incentive as the country depends on imports to meet 86 per cent of its oil requirements. Lower import bill would also have positive impact on country's fiscal deficit that had already slipped from earlier targets in wake on higher government expenditure this year to curb falling GDP growth.

The dependency of imported crude (on consumption basis), on the other hand, has increased from 82.9 per cent in FY18 to 83.7 per cent in FY19 and further up to 85 per cent in FY20 meaning we are producing less oil and depending more on imports to meet domestic requirements. This dependency has consistently increased in all five years of the Modi government.