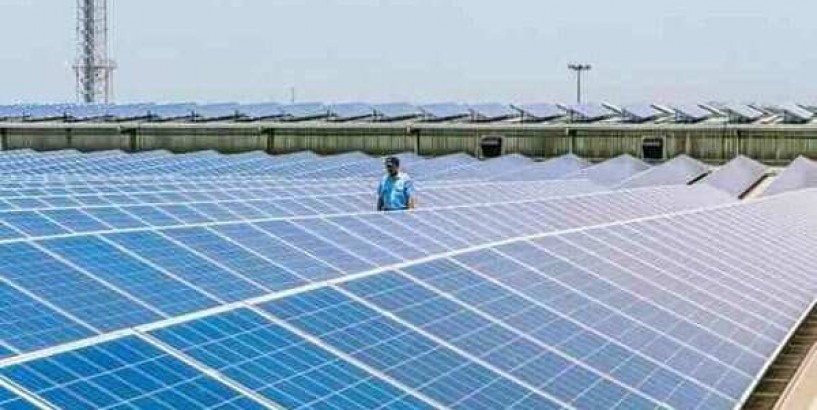 As firms look to move production lines out of China, the Centre has asked all states and Union territories (UTs) to identify one city each out of a national list of 60 cities, whose entire electricity needs would be met through rooftop solar power, said two people aware of the development.

This will not only add heft to India’ green energy credentials but will also help create demand for a solar equipment manufacturing ecosystem for ingots, wafers, cells and modules; that the country desperately needs.

This solar power demand creation also ties in with India’ efforts to become an integral part of the global supply chains, as firms look to move production lines out of China, due to the disruptions caused by the coronavirus pandemic.

According to the government documents reviewed by Mint , the Uttar Pradesh government had identified Prayagraj that hosts the Kumbh Mela, the largest global human congregation, to be one of these marquee solar cities; as part of ministry of new and renewable energy’ (MNRE) ‘Development of Solar City Programme’.

“States/UTs have been requested by MNRE to identify one city from the list or otherwise, for solarisation," said a person cited above who did not want to be named.

A total of 60 such solar cities were identified across India in consultation with the state governments, that also included five model cities and 13 pilot cities, for which the states were given financial assistance to prepare a master plan.

In a review of the ministry of new and renewable energy on 27 May, Prime Minister Narendra Modi had called for each state to have at least one such ‘solar city’.

The master plan includes projection of energy demand for the next 10 years, renewable energy addition, increased use of energy efficient electrical equipment, awareness generation and setting up of solar city cell.

Going forward, a senior district or electricity distribution company (discom) officials will be nominated for each such solar city wherein rooftops may also be leveraged for commercial, industrial, institutional and government sector. Also, off-grid solar applications such as street lights and large ground mounted solar plants may be constructed on public land through Renewable Energy Service Company (RESCO) model involving no capital expenditure.

Under a RESCO model, a firm such as state-owned Energy Efficiency Services Ltd (EESL) makes the entire upfront investment. Given the revenue model, it gets paid from the savings accrued on account of saving energy costs.

“This scheme has been leveraged for this solarisation exercise of all the residential households," said a second person cited above requesting anonymity.

Green energy projects now account for more than a fifth of India’s installed power generation capacity of 370 gigawatt (GW). India has 34.6 GW of solar power and with an ambitious capacity expansion plan to achieve 100 GW solar capacity by 2022.

The Union government is also exploring a plan whether an entire city’ mass transportation system such as buses can be run on hydrogen and use battery storage, provided the per km cost of operations is equal to or less than conventional fuel sources such as diesel. According to the preliminary contours of the proposed plan, two such cities’ transportation system will be bid out to run on a pilot basis using clean energy sources hydrogen and battery storage respectively. Subscribe to newsletters * Thank you for subscribing to our newsletter. Share Via

Click here to read the Mint ePaper Livemint.com is now on Telegram. Join Livemint channel in your Telegram and stay updated