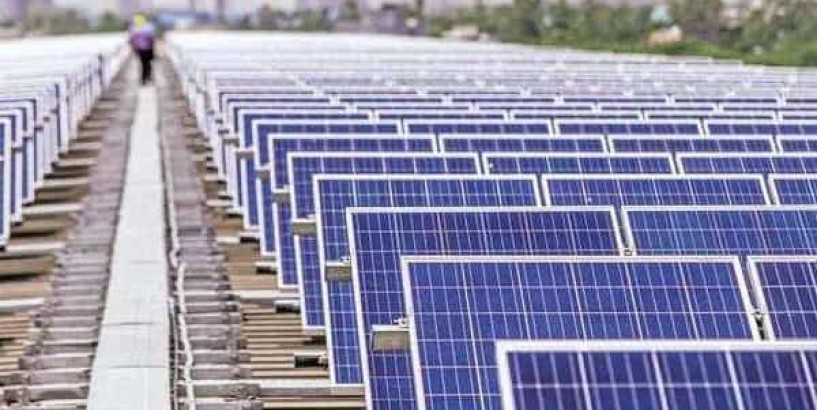 NEW DELHI : India has moved ahead with threading-the-needle for an ambitious global electricity grid, with the National Democratic Alliance (NDA) government on Tuesday calling for bids to roll-out the “One Sun One World One Grid" (OSOWOG) plan.

The pre-bid meeting called on 5 June by ministry of new and renewable energy (MNRE), comes at a time of the coronavirus pandemic giving India the opportunity to be seen as taking a lead in evolving global strategies.

“This is by far one of the most ambitious schemes undertaken by any country and is of global significance in terms of sharing economic benefits," said a senior Indian government official, requesting anonymity.

According to the Request for Proposal (RFP) reviewed by Mint for inviting consultants for developing OSOWOG’ long-term vision, implementation plan, road map and institutional framework; comprises a technical and financial proposal.

Anand Kumar former MNRE secretary, who had worked on the concept and RFP of the global grid, and currently posted as secretary in the ministry of culture, said, "This would be the key to future renewable based energy systems globally. Creation of regional and international interconnected green grids can enable sharing of renewable energy across international borders and also balancing. Such grids should work in tandem with the existing grids and will not require parallel grid infrastructure, thus requiring only incremental investment."

“Our Hon'ble Prime Minister Shri Narendra Modi ji have given us the vision of ‘One sun, One world, One grid. National renewable energy management centers in India have prospects of growing as regional and global management centers. Globalization provides the opportunity for learning quickly from developments elsewhere, and sharing of renewable energy resources to reduce the global carbon footprint and insulate the societies from pandemics like COVID 19," said Kumar.

This also comes in the backdrop of the US withdrawal from the Paris climate deal and China’s attempts to co-opt countries into its ambitious One Belt One Road (OBOR) initiative, a programme to invest billions of dollars in infrastructure projects, including railways, ports and power grids, across Asia, Africa and Europe.

“India’s Prime Minister recently called for connecting solar energy supply across borders, with the mantra of 'One Sun One World One Grid' (OSOWOG). The vision behind the OSOWOG mantra is “The Sun Never Sets" and is a constant at some geographical location, globally, at any given point of time," the RFP said.

The global grid plan may also leverage the International Solar Alliance (ISA) co-founded by India that has 67 countries as members. It has become India’s calling card on climate change and is increasingly being viewed as a foreign policy tool.

“With India at the fulcrum, the solar spectrum can easily be divided into two broad zones viz. far East which would include countries like Myanmar, Vietnam, Thailand, Lao, Cambodia etc. and far West which would cover the Middle East and the Africa Region," the RFP added.

The ambitious task unveiled on 26 May has been taken up under the technical assistance program of the World Bank with the last date of proposal submission being 6 July.

Mint reported on 9 January about India starting consultations with the World Bank as its technical partner to implement the global electricity grid plan pitched by Prime Minister Modi.

The plan has been spread across three phases. The first phase deals with the Middle East—South Asia—-South East Asia (MESASEA) interconnection for sharing green energy sources such as solar for meeting electricity needs including peak demand.

Fostering cross-border energy trade is an important part of Modi’s South Asia-focused neighbourhood-first policy. India has been supplying power to Bangladesh and Nepal and has been championing a South Asian Association for Regional Cooperation (Saarc) electricity grid minus Pakistan to meet electricity demand in the region.

The initial plans also involve setting up an under-sea link to connect with Oman in the West.

While the second phase deals with the MESASEA grid getting interconnected with the African power pools; the third and final phase is about global interconnection.

“It’s only a question of transmission," power and new and renewable energy minister Raj Kumar Singh had earlier told Mint.

“An interconnected grid would help all the participating entities in attracting investments in renewable energy sources as well as utilizing skills, technology and finances. Resulting economic benefits would positively impact poverty alleviation and support in mitigating water, sanitation, food and other socioeconomic challenges," the RFP said.

“Further, the proposed integration would lead to reduced project costs, higher efficiencies and increased asset utilization for all the participating entities," the RFP added.

ISA has been an important part of India’s messaging in the global fight against climate change.

In his address to the nation on 12 May during the ongoing pandemic Modi said, “International Solar Alliance is India’s gift against Global Warming."

“We have seen the world before Corona and the global systems in detail. Even after the infliction of the Corona crisis, we are constantly watching the situation unfolding across the globe. When we look at these two periods from India’s perspective, it seems that the 21st century is the century for India," Modi said.