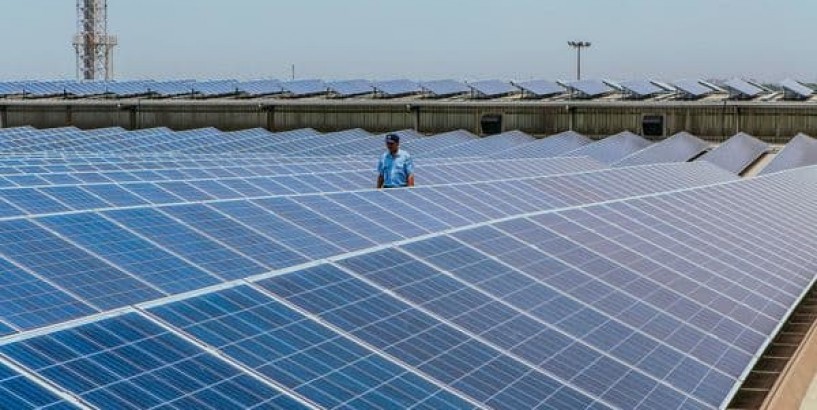 NEW DELHI : India is exploring ways to bar Chinese firms from participating in a mega 7.5 gigawatts (GW) solar project in Ladakh including a 900-km strategic transmission link to transport surplus power to other parts of the country, said two people aware of the development.

This comes amid India’s effort to leverage its growing power sector market to prepare an economic response against China following the recent clashes in Ladakh, which led to the killing of 20 Indian Army personnel. Hostilities between the Himalayan neighbours have since dialled down a notch though India continues to upgrade border infrastructure.

A foreign firm is allowed to participate in the tender for the solar project either on a stand-alone basis, or as a member of a consortium. State-run Solar Energy Corp. of India ( SEC I) is running the selection process for setting up the 7.5GW of grid connected solar projects in Leh and Kargil districts, and will sign a 35-year power purchase agreement (PPA) with the successful bidders. Bids can be submitted until 31 July.

“The tender is yet to be finalised. While it is an international competitive bid, whatever is needed to discourage Chinese firms from getting involved in this critical project will be done. We are working on it," said a senior government official, requesting anonymity.

The solar project is planned to be set up in blocks of 2.5GW each, and will supply power to the residents of Leh and Kargil districts, besides defence establishments, during harsh winters, while transmiting surplus power to the rest of India. “A lot of things will have to be taken into consideration," said another government official, also requesting anonymity.

A senior SECI official said that it has not “received any directions" from the government. “We can’t comment on whether India is banning Chinese companies from participating in this tender. As on date, the bid is open to all global players."

Emailed queries to spokespersons of India’s ministry of new and renewable energy on Monday remained unanswered.

India is strategically trying to develop the Union territory of Ladakh and resolve grid connectivity problems in the region. The plan is to build 23GW grid connected solar projects, of which 2.5GW each will be set up in Zanskar sub division and Taisuru block of Kargil district, and 5GW in Hanley Khaldo area of Nyoma sub-division in Leh district.

India’s economic strategy against Beijing is part of a larger response to Chinese aggression in Ladakh. India is evolving a strategy not use Chinese equipment and technology in the power sector, and subsidising finance for promoting local power equipment usage and prior-permission requirements for imports from countries with which it has a conflict. The plan also involves procuring equipment and material locally and increase domestic capacity. Subscribe to newsletters * Thank you for subscribing to our newsletter. Share Via