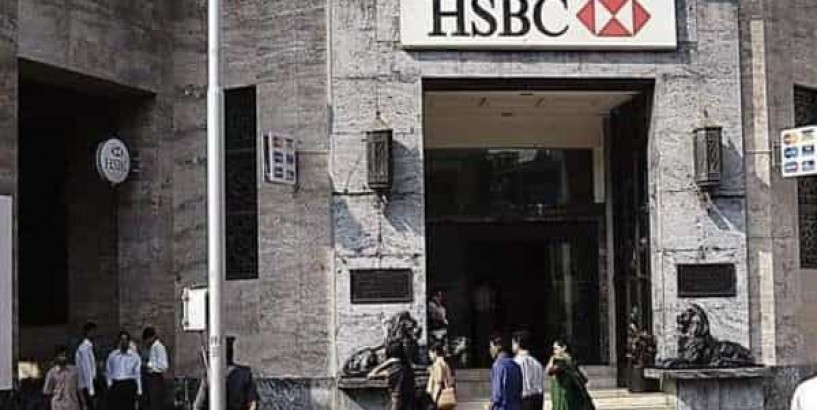 Banks in Asia’s financial hubs such as HSBC Holdings Plc and Citigroup Inc. are finding that the disruption from the coronavirus outbreak is helping them push back on a threat from a new breed of virtual upstarts.

With branches shut, customers social distancing and fearful of tainted cash, the brick-and-mortar giants are seeing a surge in demand for digital services for everything from wealth management to insurance. Now they are rolling out new video services and fresh mobile features for retail and affluent clients, speeding up a transformation to cement customer loyalty and reduce costs, consultants and bankers say.

“Most banks are using this as an opportunity to sharpen their strategy," said Fergus Gordon, growth markets banking industry lead at Accenture. “There will be a longer-term impact on their balance sheets."

The heightened digital activity comes just as banks were contemplating how to fend off an onslaught of fresh competition from virtual banks that are being allowed into Hong Kong and Singapore.

For HSBC, which gets about a third of its revenue in Hong Kong, the stakes are high. The city is opening the door to eight new digital-only lenders with powerful backers such as Alibaba Group Holding Ltd. The startups could capture as much as $15 billion, or 30%, of the city’s banking revenue, Goldman Sachs Group Inc. estimated in 2018.

At HSBC, the share of retail transactions in Hong Kong conducted digitally hit 94% in March. Active customers on its mobile app jumped almost 40% from a year earlier, to 1.12 million. Citigroup’s digital wealth management transactions, including stock and foreign exchange, rose 37% in the first two months of the year in Hong Kong. Overall in Asia, its digital brokerage and mutual fund transactions jumped more than 70% in March from January.

“We do anticipate that Covid will lead to an acceleration in customer adoption of digital channels, which will continue," said Greg Hingston, HSBC head of wealth and personal banking for Asia Pacific.

Citigroup has during the crisis added features to its mobile app such as a “Help" function and is working on enabling two-way messaging.

“Our view is customers will continue to embrace digital once the pandemic is behind us after having experienced first-hand the added convenience and possibilities it offers," said Gonzalo Luchetti, head of Asia Pacific and EMEA Consumer Banking.

Bank of China (Hong Kong) Ltd., which has the biggest branch network in the city, has accelerated the roll-out of digital services, speeding up its plans by months, said Arnold Chow, an executive in charge of the personal digital banking products unit for investment and insurance.

Gains for the bottom-line could be significant, absorbing some of the shock from the billions in loan losses provisioned by banks. DBS’s digital customers made up 52% of its retail and small business base in Singapore and Hong Kong last year, up by almost a quarter since 2017. Such clients carry a cost-to-income ratio of 33%, compared with 53% for traditional customers, while delivering twice the income per head.

At the same time, its digital rivals are being stymied in Singapore, where authorities have pushed back plans to issue licenses to the second half of the year from June, citing virus restrictions.

Hong Kong’s challengers have been slow out of the gate, largely offering gimmicks to attract customers. The first mover of the new virtual banks, ZA Bank Ltd., attracted interest from about 24,000 people in a program started in January as it offered a 6.8% deposit rate to select clients. WeLab Ltd., backed by Alibaba, is seeking to lure customers before the launch of its bank by offering interest-free loans to pay in advance a HK$10,000 handout promised to each resident as part of the city’s virus relief measures.

Like Singapore, Hong Kong has been playing catchup with other major markets in Asia in financial technology adoption. About 67% of digitally active people in both Asian hubs conducted financial services online last year, far below the reach of 87% seen in China and India, according to a report from EY.

But the biggest potential gains could be seen in other parts of the world, also under lockdown. In the U.S., digital banking usage is just 46%, while in Europe the rate varies from as high as 82% in Russia to as low as 35% in France.

“In the short term, they could defend some of the threat from the virtual banks," he said.