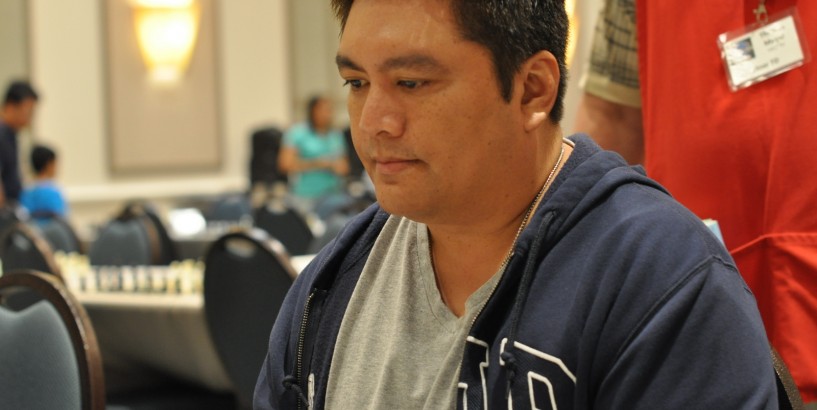 By Kristel Satumbaga GM Banjo Barcenilla finished with 15 points on 14 victories, two draws and two losses to claim the crown.

United States-based Grandmaster Banjo Barcenilla split the point with FIDE Master Sander Severino in the 18 th and last round to reign supreme in the inaugural leg of the 1 st Philippine National Bullet Championship that was done on an online application chess.com .

Barcenilla, 47, finished with 15 points on 14 victories, two draws and two losses to claim the crown.

His two defeats came against International Master Daniel Quizon and University of Santo Tomas varsity player Samson Lim, Jr., who wound up at second and third with 14.5 and 14 points, respectively.

The feat came four months after Barcenilla topped the Battle of GMs that secured him a seat to the Philippine team plunging into action in the World Chess Olympiad in Russia this year.

GM Joey Antonio was fourth with 13 points while IM Paulo Bersamina and FM Dino Ballecer and Cotabato City bet Datuali Sinsuat were at fifth to seventh with 12.5 points apiece.

Severino, a four-gold medal winner in the 2018 Asian Para Games in Jakarta, Indonesia, was at eighth with 12 points.

Barcenilla and all titled players are already seeded in the semis and will be joined by the top 10 non-masters of this leg and the next nine to determine the 16 Grand Finalists.

National Chess Federation of the Philippines president and chairman Butch Pichay is bankrolling this tournament with a total cash pot worth more than P200,000 as their version to give Filipinos a venue to play amid the COVID-19 threat.