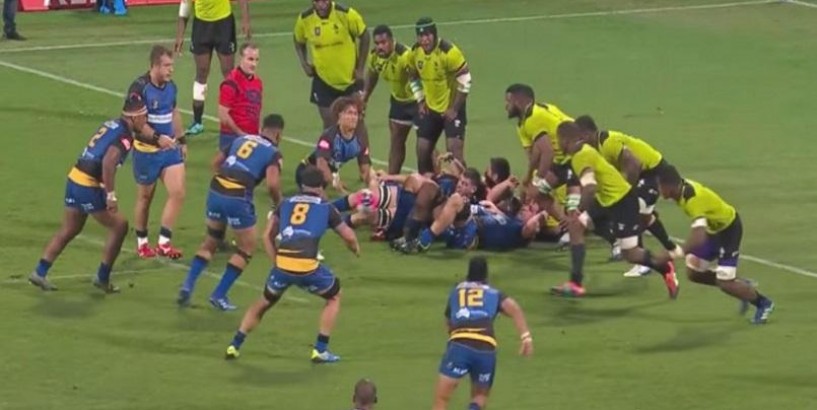 Global Rapid Rugby is the latest sporting competition to suspend its season because of Covid-19.

Six teams from Australia, Asia and the Pacific kicked off the inaugural home and away season on Saturday with the Fijian Latui and Manumā Samoa slumping to first round defeats in Suva and Perth.

However, Rapid Rugby chief executive Mark Evans said new travel restrictions introduced by the New Zealand and Australian governments, which require all overseas arrivals to self-isolate for 14 days, had made the continuation of the competition impossible.

"Travel, quarantine and public health restrictions have provided us with no option but to halt the inaugural Global Rapid Rugby season for the imminent future," he said.

"The sporting environment has been turned upside down by the current worldwide health crisis. It's enormously disappointing to have to suspend the competition just one round into the season, however the health and safety of our players, coaches, staff and fans are always our number one priority."

Rapid Rugby had announced a revised season schedule three weeks ago, after the coronavirus outbreak forced entering the China Lions to move the location of their three home games scheduled for Shanghai.

The Lions rallied from 10 points down to upset the Fijian Latui 29-22 in Saturday's season opener in Suva on Saturday.

Manumā Samoa were overwhelmed 52-27 by the South China Tigers in the first match of a double-header in Perth, having led 18-17 at half-time, while the Western Force thumped the Malaysia Valke 51-14 in front of their home supporters at HBF Park.

The Latui had been scheduled to host the South China Tigers in Suva this weekend before organisers were forced to pull the pin, with Manumā Samoa at home to the Western Force in Apia and Malaysia Valke hosting the China Lions.

"We will explore all avenues as we seek to evolve the competition to meet the difficult circumstances we all now find ourselves in," Mark Evans said.

"One thing that has not changed is our commitment to the development of rugby in the Asia-Pacific region and we look forward to getting back on the park and building on what Global Rapid Rugby has achieved so far."