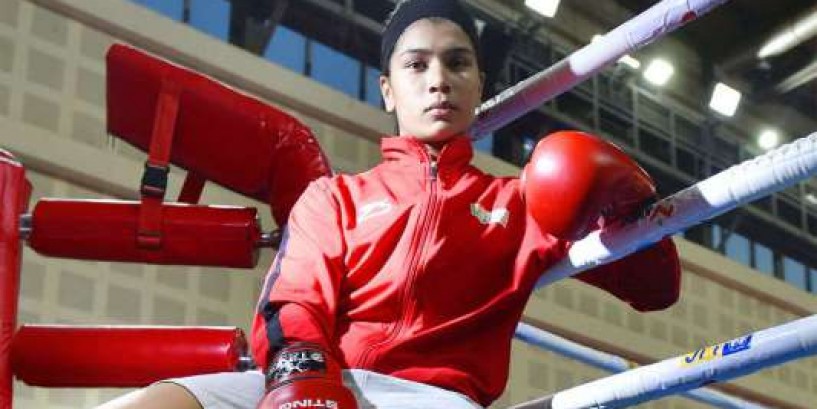 Give me a fair chance: Nikhat - The Siasat Daily English

Kolkata: Asian Championships bronze medallist Nikhat Zareen cried foul on Wednesday after the Boxing Federation of India (BFI) hinted that there would no trial between her and Mary Kom in the 51kg category for participating in the Tokyo Olympic qualifiers in Wuhan from February 3 to 14.

BFI president Ajay Singh told reporters that Mary Kom could possibly be their automatic choice for the China event. And that hasn't pleased the youngster looking to make a mark.

'Today morning I got to know that the President had told the media that there would be no trials,' Nikhat told IANS.

'Anyone can win any day. It's boxing. I am not saying send me, but give me a fair chance. I will try to talk to them (BFI). They said before that only gold and silver medallist at the Worlds will automatically be selected for the Olympic qualifiers but now they are changing that rule for even women,' she said.

Six-time champion Mary Kom settled for the bronze in the Women's World Boxing Championships after losing her semi-final bout of the 51-kg flyweight category to second-seed Busenaz Cakiroglu of Turkey in a split 1:4 verdict.

Ahead of the Worlds, BFI had a selection policy for both the men and women boxers which said all the medal winners (gold, silver, and bronze) in the men's section at the Worlds will automatically be picked for the Olympic qualifiers, without having to undergo trials.

However, for the eves, the criteria were only applicable for gold and silver medallist winners at the Worlds.

'Now in December we have Nationals, again I have to go through the grind. Then if there are no trials, what is the use of all these competitions. No use right?' questioned the 23-year old boxer.

Asked about her next course of action, Nikhar said she will approach sports minister Kiren Rijiju after trying to contact BFI President Singh several times.

'Everything is in President's (Ajay Singh) hands. I am trying to contact him but he is not responding. I tried so many times. I will try to contact our Sports Minister and ministry also, then let's see what happens. If all this happens I cannot focus on my game,' she said.

The BFI did not let Nikhat participate against Mary Kom at the trials for the Worlds, back in August also. Chairman of selectors Rajesh Bhandari had said that her bout wouldn't take place just to ensure that she is protected for the future and not exposed at a young age in the World Championships.

The move had come as a rude shock for both the boxer and her father who had traveled from Hyderabad to the national capital for the trials for the championship to be held in Russia in October.

'My father will do everything. Last time he came to Hyderabad to watch my trials and then we were told there would be no trials. He felt so bad. Now, again the same thing is happening after Mary Kom won bronze. I am feeling bad for my father,' said Nikhat.