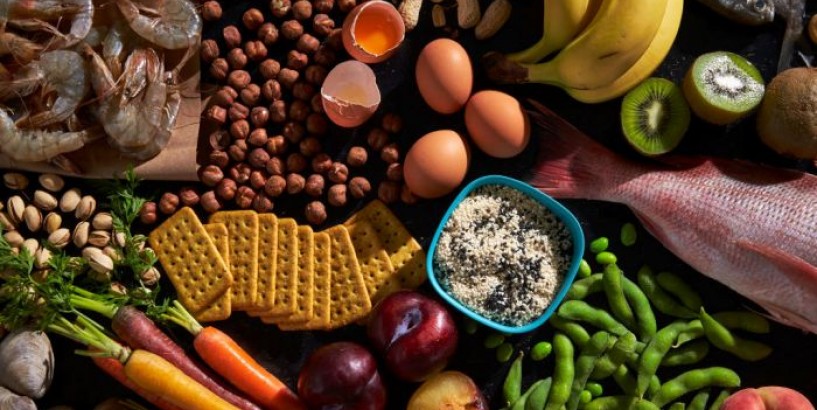 Food allergies are all too common in Australia, but there are ways to help avoid them - Science News - ABC News

Food allergies are all too common in Australia, but there are ways to help avoid them Share ABC Science

By Dianne Campbell People can outgrow their allergies to foods such as eggs, but other allergies tend to remain with them throughout their life. (Getty: Greg Powers)

People can outgrow their allergies to foods such as eggs, but other allergies tend to remain with them throughout their life.

Australia has one of highest rates of allergies in the world, and according to research from the Murdoch Children's Research Institute , the highest published rates of food allergy in children.

It is estimated, based upon this research, that approximately 1 in 10 infants experience a food allergy. We also know that there has been between two to threefold increase in the presentations to emergency departments in Australia because of anaphylaxis (severe allergic reactions) to foods and medications over the past two decades.

People often wonder if allergies are really increasing, or whether they are just being diagnosed more frequently. But good epidemiological evidence from not just Australia, but around the world, does definitely suggest that there has been a true increase in food allergy, allergic eczema and allergic rhinitis (more commonly know as hayfever).

Most of these food allergies are the result of the immune system producing an allergy antibody (called IgE) against proteins contained within foods. The most common foods that cause allergic reactions in children and adults in Australia are cow's milk, egg, peanut, other nuts (tree nuts including cashew, pistachio, walnut), seafood (crustaceans and fish), wheat and soy. Although many children will outgrow their allergies to egg, milk, soy and wheat, in general allergies to nuts and seafood tend to persist into adult life.

Likewise, allergies that cause hayfever are also caused by the immune system producing allergy antibodies against common environmental proteins. In Australia some of the most common triggers for hayfever are house dust mite (actually the droppings of the mite — yuck!), pollens from grasses, weeds and trees and from the dander (and saliva) from domestic animals such as cats, dogs, rabbits and guinea pigs. The more pets, the better (Unsplash: Picsea)

Owning a menagerie of pets while bringing up a baby seems to bestow lifelong benefits on the child, especially when it comes to allergies. So what has caused the increase in allergies?

This is the $6 million (indexed to trillion) question, which remains largely unanswered. But we do have some tantalising clues and theories about the sorts of things which might be driving the increase in allergies.

We do now have good evidence that for some foods, like peanut and egg, being able to introduce the foods into the diet within the first year of life decreases the risk of infants at risk of food allergy from subsequently developing allergy to these specific foods.

Decades of misguided advice to avoid introduction of peanut and eggs (and other allergenic foods) into the diets of infants in countries like Australia, US and the UK may have indeed contributed to the high levels that we currently see — but it is unlikely to completely explain the rise.

Other suggested contributors to the rise in allergies include vitamin D (and other macronutrient) insufficiency and exposure to medications, which may interfere with food processing such as antacids. Better-designed ongoing clinical trials are helping us to understand whether these may be contributing factors.

The original hygiene hypothesis has been revised to try and better explain the rise in allergies and other immune dysregulation type disorders such as inflammatory bowel disease, autoimmune diseases and coeliac disease. The original hygiene hypothesis was not really about living in clean houses and too much handwashing — it was really about changes in exposure to childhood infections and risk of allergies.

Move on a few decades and we now are understanding much more the importance of the microbiome: the trillions of microorganisms that live on our skin, in our nose and lungs and in our gastrointestinal system. Here the "old friends" hypothesis suggests that we need the right kind of microorganisms to colonise us, to help train our immune systems for health and homeostasis.

Rapid changes in food manufacturing, diet and urbanisation over the past 50 years have dramatically altered our microbiomes. Can I prevent food allergies in my kids? (Flickr: Martin L)

What do we know (and not know) about the link between foods eaten during pregnancy and food allergies in children?

We certainly know that key products of the "good gut bacteria" such as short-chain fatty acids are very immunologically active and can shape immune responses.

Accumulating evidence suggests that allergic individuals may have different gut microbiomes early in life, which may predispose them to making aberrant immune reactions to common allergens such as food allergens. Those with healthier microbiomes may have been able to train their immune systems to more easily ignore these common proteins such as foods and pollens.

The dramatic change in environment may be part of the explanation for the high rates of food allergy we see in infants whose parents were born overseas (and particularly in Asia) — where maternal diet, microbiome and environmental exposures are rapidly altered. What can we do about it?

Things we can do right now to reduce the risk of subsequent generations developing allergies include: following recommendations for introduction of allergenic foods such as peanut and egg into the diet in infants in the first year of life, avoiding exposure to smoking and having a healthy and well-balanced diet.

As more robust evidence comes to light, more recommendations about macronutrients (including vitamin D), medications and optimal microbiome support will hopefully be made.

Right now, it's important for people with allergies to get a correct diagnosis and explore the best currently available therapies with their doctor. For individuals with food allergies, this includes being educated about the risk of severe allergic reactions and being prepared to treat with emergency medication (such as adrenaline auto-injectors) in the event of anaphylaxis.

It's an exciting time in the world of allergy research and for those with allergies, with many potential therapies just around the corner. The ultimate end game is a world without allergies, because we have been able to eradicate them by preventing them in the first place.

Professor Dianne Campbell is chair of Paediatric Allergy and Clinical Immunology at Children's Hospital , Westmead. For more on this topic, watch Catalyst tonight on ABC TV at 8.30pm or catch up on iview . ABC science promo