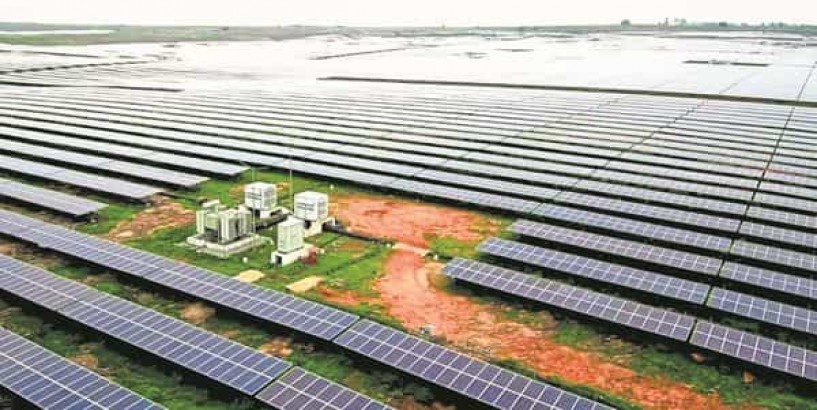 New Delhi: India plans to set up a solar power park in Sri Lanka as part of a concerted strategy to project its presence in the Indian Ocean region, even as China aims to co-opt countries into its ‘Belt and Road’ initiative, said two people aware of the development.

By leveraging the country’ solar expertise, India’s largest power generation utility NTPC Ltd plans to set up this project in the island nation under the aegis of International Solar Alliance (ISA).

This comes in the backdrop of an increasing presence of China in the Indian Ocean region, which India considers its sphere of influence. Also, an aircraft carrier battle group led by USS Nimitz is conducting joint naval exercises in the area at a time of growing hostilities between India and China.

“We are looking at setting up a solar park in Sri Lanka," said a senior Indian government official requesting anonymity.

State-run Ceylon Electricity Board has an installed power generation capacity of around 35.8 gigawatts (GW). India has been working on improving the energy infrastructure in Sri Lanka. Petronet LNG Ltd had earlier announced its plans of setting up a liquefied natural gas terminal in Sri Lanka.

India is also exploring the option of an overhead electricity link with Sri Lanka as part of efforts to create a new-energy ecosystem for the neighbourhood. China is already one of the biggest investors in various infrastructure projects in Sri Lanka.

The proposed solar park follows after state-run NTPC Ltd’s plan to set up a coal-fuelled power project in Trincomalee didn’t make much headway and was eventually scrapped after Colombo asked India to change—for the second time—the location of the stalled $500 million project.

Queries emailed to the spokespersons of NTPC and India’s ministry of new and renewable energy remained unanswered.

“ISA has empanelled NTPC and will soon be doing another exercise to empanel more public sector units from member countries who have rich experience in solar space," an ISA spokesperson had earlier told Mint.

India’s plan is to get NTPC win these contracts with the backing of ISA, the first treaty-based international government organization headquartered in India that is increasingly being viewed as a foreign policy tool.

To counter Beijing, the US is seeking a bigger role for India in stabilising and maintaining the rule of law in the Indo-Pacific region–a large swathe of land and sea stretching all the way from the west coast of the US to the shores of east Africa. Subscribe to newsletters * Thank you for subscribing to our newsletter. Share Via