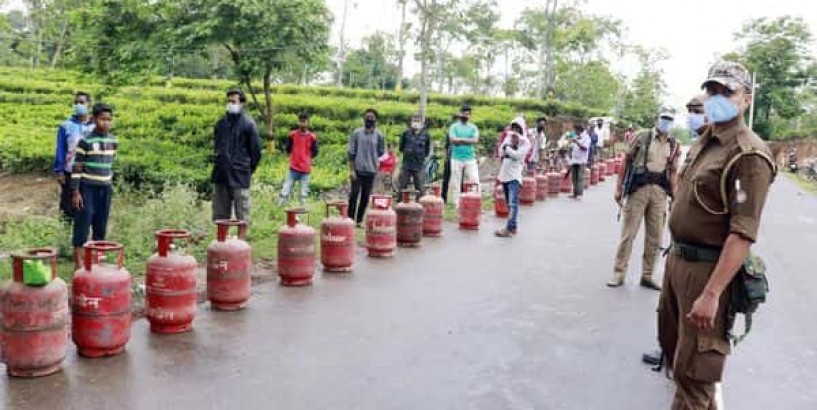 NEW DELHI : As restrictions are being eased and India slowly opens up for business, domestic cooking gas price for June has been raised.

Effective 1 June the price of non-subsidized liquefied petroleum gas (LPG) cylinder in Delhi has been increased by Rs11.50 for an Indane gas cylinder.

Fuel retailers revise prices of LPG cylinders on the first day of every month, but the price is primarily dependent on the international benchmark rate of LPG and the exchange rate of US dollar and rupee.

“For the month of June, 2020, there has been an increase in international prices of LPG. Due to increase in the prices in international market, the RSP (retail selling price) of LPG in Delhi market will be increased by Rs.11.50 per cylinder," IOC, India’s largest refiner, said in a late Sunday night statement.

This comes in the backdrop of the demand for petroleum products picking up. While refiners had slashed production due to reduced demand for transportation fuels, there has been an increase in demand for domestic cooking gas.

“The Retail Selling Price of LPG in Delhi market for the month of May 2020 was reduced from Rs. 744 to Rs. 581.50 per cylinder for all consumers in line with drop in international prices," the statement said.

While the demand for fuels had almost vanished with most of the world under coronavirus lockdowns, the prices since have recovered. After Black April, crude oil prices have been up again. After the mayhem witnessed by the global oil markets in April, prices were up in May again, with the international benchmark Brent crude oil trading at $37.84 per barrel. The West Texas Intermediate (WTI) prices has also been up and was trading at $35.32 per barrel, after it turned negative in a first in April.

The cost of the Indian basket of crude, which averaged $56.43 and $69.88 per barrel in FY18 and FY19, respectively, averaged $19.90 in April 2019, according to data from the Petroleum Planning and Analysis Cell. The price was $33.22 a barrel on 28 May. The Indian basket represents the average of Oman, Dubai and Brent crude.

As part of India’s coronavirus relief package, 83 million below poverty line (BPL) families will be provided with free cooking gas cylinders for three months under the Ujjwala scheme.

Energy consumption, especially electricity and refinery products, is typically linked to overall demand in an economy. This also comes at a time of India’s power demand that had nosedived during the lockdown, slowly getting back to its pre-lockdown levels, Mint reported.

India is the world’s third-largest oil importer. Every dollar drop in the price of oil decreases the import bill by Rs10,700 crore on an annualized basis. India spent $111.9 billion on oil imports in 2018-19 and is a key Asian refining hub, with an installed capacity of more than 249.4 million tonnes per annum (mtpa) through 23 refineries.