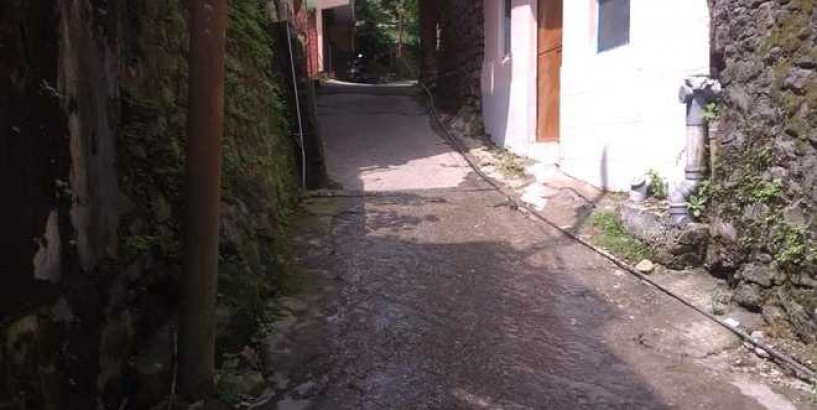 No efforts have been made to replace a leaking water pipe on the way to Tungal Colony on the Jail road. Locals take the path to reach Mandi. Due to water accumulation, the path has become slippery, which may become a cause of an accident. The Irrigation and Public Health Department should either plug the leakage or replace the pipe so that the water is not wasted. Sunita Thakur, Mandi

The approach road to the Una railway station connecting the Una-Hamirpur state highway is so narrow that one car cannot overtake the other. Berms on both sides of the road are also damaged. Driving is not safe on the stretch. The authorities concerned should look into the matter so that inconvenience is not caused to the people visiting the railway station. Satish Bali, Una

Now, pet dogs have become a nuisance in the state capital. Their owners let them litter parks, roads and pedestrian paths. If questioned, these VIP pet owners enter into a duel. MC laws are clear: pet owners can be fined Rs 500 to Rs 1,000 for littering in the open. It is learnt that not even a single owner has been fined so far. Naresh Chauhan, Shimla

No facility for pensioners

The location of the treasury office in Kasauli has become a cause of concern for pensioners, who have to visit the office for biometric attendance once a year. It is located on the third floor and one has to climb at least 30 steps to reach there. It is surprising that the administration has not bothered to facilitate the pensioners, who suffer from various ailments. The office should be on the ground floor. Santosh Bhardwaj, Kasauli

Most water channels in Palampur are highly polluted. These have turned into dumping sites in the absence of a treatment plant. The Palampur Municipal Council is the smallest in Asia with a population of just 3,500 and its radius is just 1 kilometre. It was set up in 1952 and its limits were never extended, thanks to our politicians, who always watched their vote bank. At present, the MC has no land for setting up a garbage treatment plant, which is why the waste is dumped into water streams, which are a source of drinking water. Vijay Kumar, Palampur

Is a civic issue bothering you? Are you agitated over the lack of concern? Is there something heartening that you feel needs to be highlighted? Or a picture which in your opinion ought to be seen by many, and not just you?

The Tribune invites its readers to have their say. Please email at: hpreadersfeedback@tribunemail.com