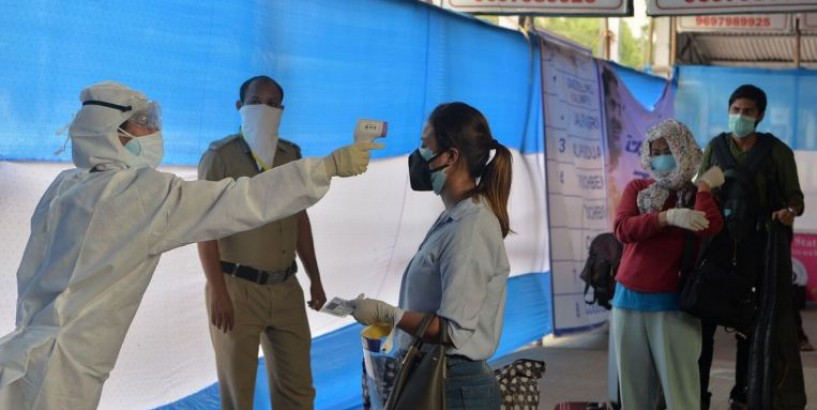 NEW DELHI - Even as India lifts some restrictions meant to curb the spread of Covid-19, its top cities, which are hubs of economic activity, continue to report high numbers of of new infections, which pose both public health and economic challenges.

Nearly a third of the country's over 78,0000 cases have been recorded in its capital city Delhi, which has a population of 19 million, and Mumbai, the country's financial capital and home to Bollywood in the state of Maharashtra.

Mumbai, with its 22 million residents and over 15,000 Covid-19 cases, has seen its health infrastructure coming under pressure as new infections keep mounting up.

Hospitals are overwhelmed,an estimated 487 police personnel have tested positive for Covid-19 and the virus has continued to spread through its slums, which remain a key worry for India's policy makers.

At Dharavi, Asia's largest slum, 66 new cases of Covid 19 were recorded on Wednesday, taking the total tally in the slum to 1028.

With the nation opening up, experts say that getting the economy back on track fast will depend on getting the virus under control in its top cities.

Besides Delhi and Mumbai, Chennai and Ahmedabad are recording high numbers of new infections, reaching 9227 and 6645 cases respectively on Thursday .

"It is becoming increasingly clear that Covid-19 will not disappear immediately, the economy will need to be managed alongside persistent infection risks, possibly for a prolonged period," said Mr Rishi Sahai, managing director of financial advisory company Cogence Advisors.

He said that the 130 districts classified as red-zone districts at present are some of the most urbanised and industrialised parts of the country and account for 41 per cent of national economic activity and 38 per cent of India's industrial output.

The country has been divided into red, orange and green zones, with e-commerce for non essential items barred red zones .

India's doubling rate of the virus has slowed down from 10.9 days in the past week to 12.6 days on Tuesday, according to health minister Harsh Vardhan.

Enforcing social distancing amid lifting some restrictions remains challenging in the cities.

India's cities are are overcrowded. High Population density means social distancing is not a reality for many, particularly the urban poor. And crowding in public transport, which is yet to resume, is a headache for policy makers.

NITI Aayog CEO Amitabh Kant has already highlighted how crucial it is for India's top cities to get the virus under control.

The Modi government is set to announce the next phase of the lockdown before May 18 amid a difference of opinion among India's states on how to move forward.

Delhi chief minister Arvind Kejriwal has been keen to open up the capital city and resume all economic activities.

But economic activity in major metropolitan areas under lockdown is already severely impacted.

Mr Tushar Gupta lives in Gurugram but works in Delhi.

For nearly two months he has been unable to even visit his factory - let alone reopen it - even though the lockdown has been eased.

Now he hopes that with the Delhi high court ruling, he will be able to acquire a pass.

Mr Gupta is desperate to open his factory, which supplies chemicals for sanitisers, but has been unable to get the necessary pass to cross the border from Gurgao to Delhi.

"I live in Gurgaon and so does my manager. So now when essential items like sanitizers require our raw material for production , we cannot supply them," said Mr Gupta.