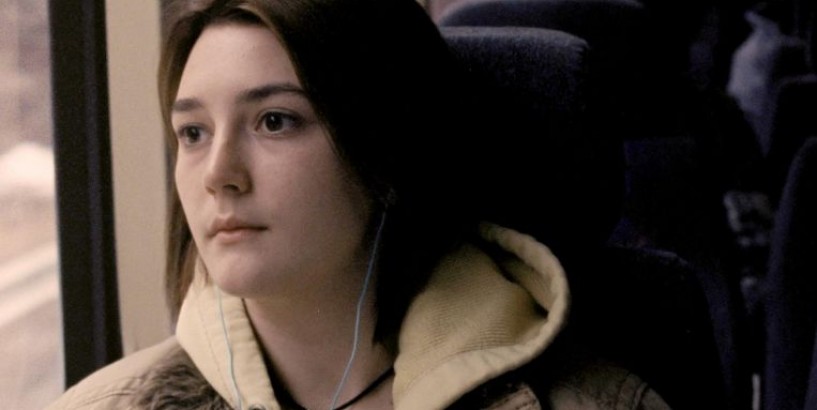 At The Movies: Strong women and politics mesh in Never Rarely Sometimes Never and The Hunt, Entertainment News & Top Stories - The Straits Times

SINGAPORE - What can a movie say about teenage pregnancy that has not been said a million times over on television or in films?

The daringly simple Never Rarely Sometimes Always (NC16, 102 minutes, opens Aug 13 at the Projector, 4.5 stars) asks just one thing of the viewer: Be with Autumn (Sidney Flanigan in a remarkable debut) over several of the most difficult days of her young life, and just feel.

Writer-director Eliza Hittman's screenplay is sparse with information. Autumn is tight-lipped, even to best friend and cousin Skylar (Talia Ryder). When she chooses to have an abortion, the audience is not privy as to why.

Any American movie that has abortion as its triggering event is by definition, a political movie - whether its makers want to dive into those waters or not. Hittman adopts a documentary-like mode of quiet observation: Sidney and Skylar, making their way from their conservative state to the more abortion-friendly New York, are forced to grow up before their time.

This is a project that feels tailor-made for melodrama, but Hittman never reaches for the big notes. Instead, she places her trust in the emotional power of observed detail.

In one heartbreaking scene, Autumn is run through a sexual abuse checklist, whichchoices of answers give the film its title. In another, she is given flawed advice by religiously-motivated medical professionals. When one is young, poor and vulnerable, this is the help one gets, or none at all.

Hittman never pulls the camera away, letting the facts of the teen's plight accumulate, making the point that Autumn's ordeal is both tragically sad, yet horrifyingly commonplace.

Military veteran Crystal (Betty Gilpin) wakes up in a park one day and must discover its secrets before she becomes one of its many dead. Unknown persons have kidnapped her, along with about a dozen others, and are hunting her group for sport.

The Hunt is another film centred on a powerful female character. PHOTO: UIP

This movie takes an old thriller premise - that humans are the ultimate hunting trophy - but gives it a political twist by making the hunted and hunters people from either end of the American left-right political spectrum.

As the saying goes, you do not introduce a loaded gun in Act One without firing it before the curtain falls, but that is what happens with the political satire - the setup fizzles away to nothing as the story primarily concerns itself with cat-and-mouse carnage.

Gilpin, as the tough-as-nails Creasey, is one redeeming feature. Her delivery of her lines carries old-fashioned machismo, but is moderated with a more contemporary vulnerability.

Speaking of satire, a vein of it runs through the drama The Burnt Orange Heresy (R21, 99 minutes, opens Aug 13, 3 stars). Danish actor Claes Bang, recently seen in art world satire The Square (2017),once again plays a character who bluffs and flatters his way to comfortable living among people much wealthier than he is.

The black comedy elements, compared with The Square, are much more muted, though. Bang's Figueras is an art critic whose words carry weight. When Cassidy (rock star Mick Jagger, turning in a fine performance) invites the writer to his Tuscan villa to catalogue his collection, he meets Cassidy's house guest, the legendary but reclusive painter Debney (Donald Sutherland).

Debney, Figueras and Berenice (Elizabeth Debicki), Figeura's new lover begin a friendship, one marked by an imbalance of power. In arts and culture, creators like Debney are the suns around which planets like Figueras and Cassidy revolve and if they are just a bit sadistic, as the charming Debney seems to be, life can be miserable for those hanging on.

Director Giuseppe Capotondi, working with a screenplay from Scott Smith (an Oscar nominee for his script for the noir thriller A Simple Plan, 1998) gets fine performances from everyone, in spite of how their characters or the story never snap into satisfying focus.

Christopher Nolan's landmark 2010 science-fiction thriller returns as Inception 10th Anniversary (PG, 162 minutes, opens Aug 13, 3 stars). Aimed at rewatchers and those too young for its first run, this cut is the same as the one that came out a decade ago. The bonus material is a behind-the-scenes short film about Nolan's next science-fiction project, Tenet, which opens here Aug 27, and an Asian exclusive.

Is it worth a re-watch on a large screen? Fans of the work already know the answer. For those on the fence, it might be worth another look for two reasons: To see how a master like Nolan makes big action feel not just realistic but also poetic; and to scratch the blockbuster itch until Tenet and other big-budget movies come along.

Other films opening this week but not reviewed include disaster thriller Greenland (PG13, 120 minutes, opens Aug 13). As a comet nears collision with Earth, Garrity (Gerard Butler), his wife Allison (Morena Baccarin) and son must fight their way to the island nation of the film's title to shelter a specially-constructed structure.

In horror film The Wretched (NC16, 96 minutes, opens Aug 13), teenager Ben (John-Paul Howard) become the only person who can see a female ghoul hunting the young family living next door. He has to find the inner strength to stop the demon before it destroys the entire family.